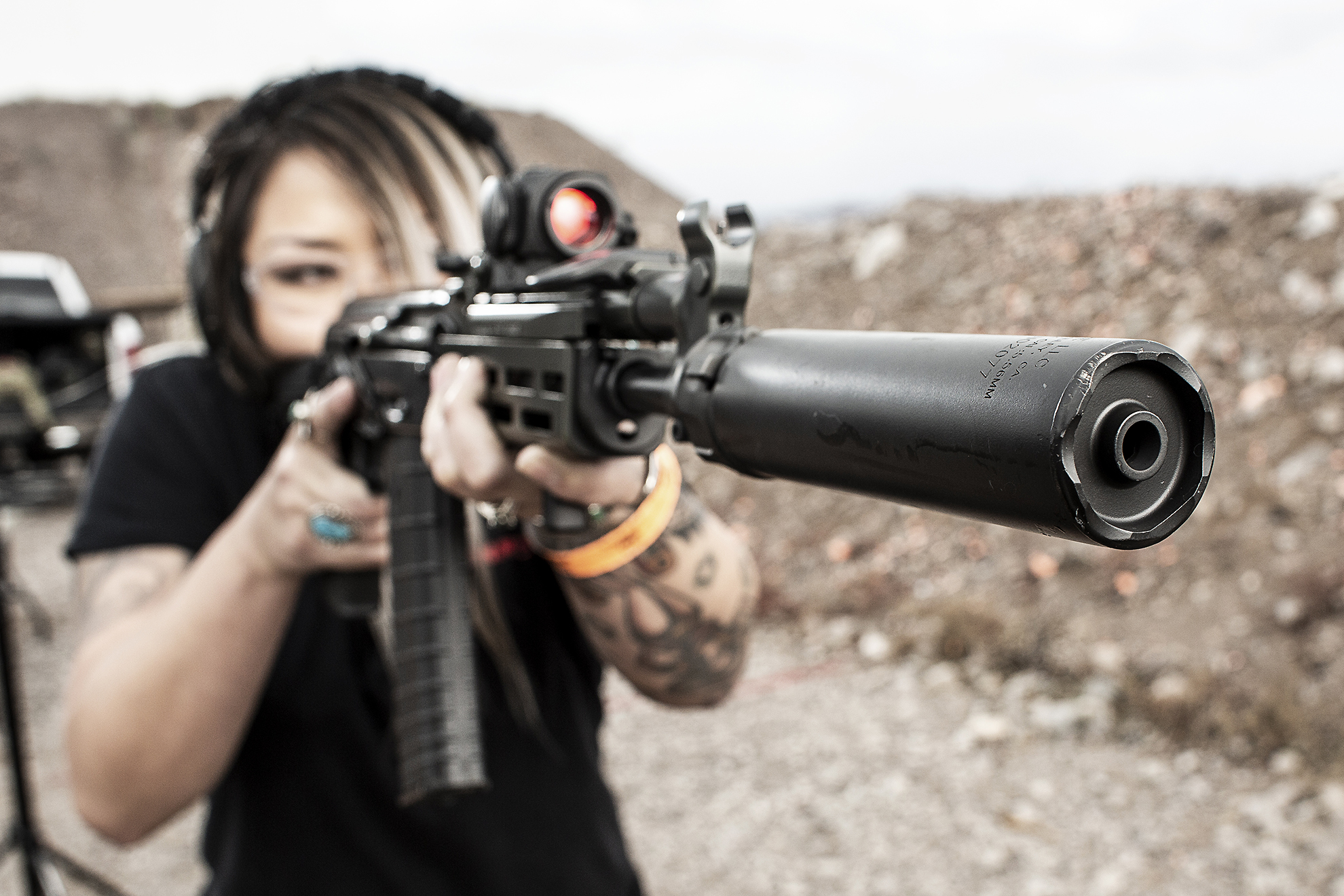 How To Buy A Suppressor Legally

If you’ve never shot a firearm with a suppressor, then you’re making a lot of unnecessary noise. Once you buy a suppressor and experience the enjoyment of shooting with it, you’ll be the one who probably won’t be able to keep quiet.

As the manufacturer of the world’s finest, most combat-proven suppressors, including the SOCOM Fast-Attach® and SF RYDER® families, SureFire enthusiastically supports ownership of these noise-reducing tools by law-abiding citizens, but it’s important to recognize before you buy a suppressor that they are controlled under the National Firearms Act (NFA). Customers must take the proper steps in order to avoid any frustration and/or legal hassles when attempting to purchase and register a suppressor. Our purpose here is to help you understand the process and avoid any pitfalls.

Interest in suppressor ownership as an effective way to combat Noise-Induced Hearing Loss (NIHL) has greatly increased during the past five years as hunters and sportsmen have recognized the tremendous benefits that suppressors offer in increased hearing protection and environmental noise reduction. If it’s a SureFire suppressor, it will also reduce more than 98 percent of your muzzle’s flash. There’s really no downside to owning one, and more firearm owners are experiencing them now than ever before.

According to the American Suppressor Association, ownership of suppressors has more than quintupled since 2011 despite the fact that the Bureau of Alcohol Tobacco Firearms and Explosives (ATF) still classifies and regulates these devices under the blanket of the National Firearms Act that also regulates automatic firearms. The good news is that if you live in a state where suppressor ownership is legal, and you’re willing to follow the proper protocols, you can buy a suppressor and enjoy the significant benefits it offers.

Currently, only eight of 50 states — California, Delaware, Hawaii, Illinois, Massachusetts, New Jersey, New York, and Rhode Island — do not allow private citizens to possess a suppressor, so if you live in one of these states, frankly, you’re out of luck. But take a look at the map and you can see that there’s a great big beautiful country out there that does not dismiss these safety devices as tools of miscreants.

Two of the 42 states where suppressor ownership is legal — Vermont and Connecticut — still ban their use for hunting, but two bills to legalize suppressors for hunting in Vermont have also recently been introduced by both parties. Rep. George Till (D-Chittenden) and Rep. Patrick Brennan (R-Chittenden) have put forward House Bill 56 and House Bill 80. Both have been sent to the House Committee on Natural Resources, Fish, and Wildlife for consideration. In Connecticut, House Bill 5797, a bill that would authorize hunters to use firearms fitted with sound suppressors is currently in consideration by the Joint Committee on Environment. It is sponsored by three Republican representatives: Rep. Douglas Dubitsky, Rep. Craig Fishbein and Rep. Anne Dauphinais.

In 2019, an enhanced version of the Hearing Protection Act (HPA) has been introduced in Congress. Introduced by Rep. Jeff Duncan (R-SC), this bill’s primary focus is to remove suppressors from the National Firearms Act (NFA), paving the way for law-abiding citizens to protect their hearing via suppressor ownership. With the current majority in the House of Representatives, passage of the HPA is unlikely.

If you live in one of the 42 pro-suppressor states, the process of purchasing and registering a suppressor, while not difficult, can be extremely time consuming, requiring anywhere from five to 14 months to complete. If you reside in one of these states and want to exercise the right to own a suppressor, there are things you should know to make this time-intensive process go as smoothly as possible.

First and foremost, you must be legally allowed to possess a firearm in order to legally possess a suppressor. Beyond that, you must also legally reside in a state where suppressors are legal, and you must also be a U.S. resident of at least 21 years of age. You will have to pass an ATF background check, and you will be required to pay $200 for a federal tax stamp that will remain with the suppressor; additional federal tax stamps are require for each suppressor purchased.

You must select a licensed Class 3 firearms dealer in order to buy a suppressor.  The dealer will assist you in filling out an ATF Form 4 — which you will be required to send in duplicate in order to process your application — and direct you how to also fill out an FBI fingerprint hard card, Form No. FD-258, and submit two passport-size photos of yourself.

Lastly, you are required to notify your local Chief Law Enforcement Officer of your intent to buy a suppressor by sending them a copy of your Form 4. The American Suppressor Association actually recommends sending your CLEO notification directly to your state’s Attorney General. There are only 50 AGs in the country, so it’s very easy to find out to whom and where to send your Form 4. But do not send this notification beforehand. Send it simultaneously with your Form 4 submission to ATF.

Many suppressor owners use the legal trust option because it offers some advantages over registering a suppressor as an individual, although it also adds to the expense, as much as $500. The trust option allows the suppressor to be used by anyone named in the trust, but those individuals must also submit fingerprints, photographs and complete a Form 5320.3 — the National Firearms Act Responsible Person Questionnaire (RPQ) — to verify that they are of good legal standing to operate a firearm and suppressor. Once they are verified, trustees can use the suppressor without the direct supervision of the original purchaser whereas a suppressor registered by an individual cannot legally be used by anyone if they are not within sight of that individual. It is critical that anyone named in the trust submit their fingerprints, photos and RPQs together with the suppressor owner’s Form 4. ATF will not accept RPQs for a Form 4 that has been submitted separately.

It’s best to work with your authorized Class 3 dealer through every step of the process. They will be able to answer any questions you have and help you avoid any pitfalls, and they must also fill out a portion of the paperwork related to the transfer of the suppressor. Las Vegas-based Freedom Firearms is a long-time SureFire suppressor dealer serving southern Nevada. Ben Romero, Freedom’s manager, said that it’s the best way to save a lot of frustration.

“A lot of people don’t know where to start, and there is a ton of misinformation out there,” Romero said. “Doing research online is fine, but don’t be afraid to simply walk into your local gun store that deals in NFA items and ask an expert. People visit our store every single day, looking to buy a suppressor, and we happily educate them on the products and navigate them through the process. It’s a process we have streamlined and made as easy as humanly possible while still maintaining the utmost security for their biometric data.”

After the ATF receives your paperwork, processes your $200 fee and approves your Form 4, your dealer can legally transfer the suppressor to you. Always keep your suppressor documentation on hand with the unit to ensure that you are in compliance with state and federal laws. After going through the necessary steps to enjoy using a suppressor, the last thing you want to do is suffer the hassle of having it confiscated by law enforcement.

There may come a day when suppressor use will be legal in all 50 states, but, for now, those who are able to legally enjoy them should take full advantage of their reduced sound signature when they are out in the woods or practicing at their favorite range.

Special thanks to the American Suppressor Association and Freedom Firearms for their assistance with this feature. For more information, visit their websites, www.americansuppressorassociation.com and www.freedomgunstore.com