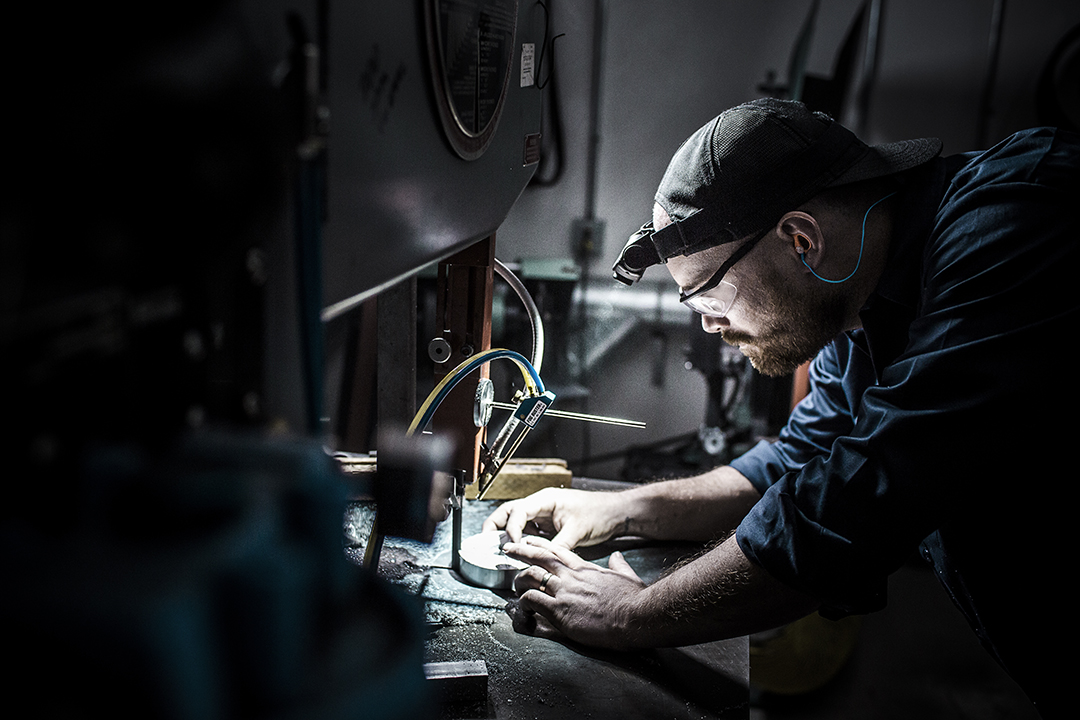 SureFire Hearing Protection: Because Deafness is Something You Can’t Hear Coming

If you work in an environment where loud noise is constantly bombarding your eardrums, chances are good that you’ve already lost some of your hearing.

Did you hear that? If you did, and you want a chance at saving what’s left, now is the time to listen up.

The good news is that SureFire’s revolutionary Sonic Defenders® line of hearing protection provides users with a truly legitimate shot at protecting their hearing. And pardon the pun there, but that just happens to be because SureFire has been dealing with legitimate shots for its entire 40-year existence — gunshots.  Sonic Defenders have successfully earned and maintained their place as a hearing savior in the tactical world, where the un-suppressed bark of gunfire exceeds 100dB with every round fired and its bite is lethal to the auditory nerves over time.

However, Sonic Defenders technology isn’t just for tactical use. There are dozens of industries where workers face similar conditions. Worse yet, many of those workers believe that their hearing protection needs are being met when in fact they’re not.

Study the current hearing protection landscape in various industries such as manufacturing, aviation, heavy equipment, construction and more, and it quickly becomes clear that they all have a few things in common:

1) Most have an OSHA-required hearing protection program to educate and supply Personal Protective Equipment (PPE).

2) As one looks further, it is easy to notice that most companies provide an “inexpensive” disposable foam earplug option, as they have for the past 40+ years.

3) All believe they are providing the “best” option based on their understanding of PPE.

It is reported that over 26 million Americans are afflicted with Noise-Induced Hearing Loss (NIHL) and suffer irreversible hearing damage. Hearing loss is the number-one disability claim filed annually against companies. The irony is that NIHL is the only disability that is 100-percent preventable. Yet, if all these companies have OSHA-approved programs, and they are using quality PPE, why is there such an overwhelming number of disability claims each year? The answer is, because they are not, and the key term here is “quality.”

Everyone knows about the foam earplug, the PPE that’s still used by about 90 percent of companies to satisfy OSHA requirements. It was state of the art in the early 1970s, but the fact is that it has not really changed since its introduction. Sure, foam earplugs may have new shapes, added cords and different headgear configurations, but by and large they are still the same old-fashioned foam earplugs that you’re shoving in your ear. Let’s look at some facts and fallacies regarding foam earplugs, their “realistic” use, their costs and their environmental effects.

There is no denying that when properly inserted, a foam earplug molds well to most ears and provides a high dB level of protection. The problem is, what do workers do when they need to communicate? Most will admit that they either wear the earplug inserted halfway so that they can hear their coworkers, or they simply remove the earplug to talk, and then reinsert it. Either way, it doesn’t matter what dB protection level the earplugs claim, as they do no good when not properly fitted. And unfortunately, when they are fitted, they hamper communication.

A popular argument favoring the use of foam earplugs is that they are inexpensive, but are they? A Google search of the top safety product distributors will reveal that companies can purchase foam earplugs for as cheap as 11 cents a pair based on the 200-count boxes ringing up at $22 per box. That’s awesome, right? Most companies provide a couple of breaks and lunch during the normal 8-10 hour shift. Most workers throw away their earplugs as designated when they take their breaks and lunch, then grab a new pair before returning to the floor each time. That means your average worker will use a minimum of four pairs of disposable earplugs at a cost of 44 cents per worker, per day. Factor in that there are 260 work days in a year and that equates to 1,040 pairs of foam plugs — or five boxes — equaling an average of $114.40 per worker per year. Thus, a company with 200 employees is spending almost $23,000 per year on earplugs!

But the environmental cost associated with foam earplugs is even more staggering. These polyurethane, disposable plugs are not biodegradable, and even the ones that can be recycled either get thrown in the trash or are found scattered everywhere. Once they hit the landfills, the polyurethane will eventually leech out, contaminating nearby water tables — there is no preventing it. That company with 200 employees is responsible for 416,000 environmentally damaging earplugs each and every year. How many companies in the U.S. use these plugs? How many of these manufacturers call themselves “green?”

While the vast majority of companies still uses disposable, foam earplugs, many large companies have gotten away from foam earplugs are using the traditional flanged, “Christmas tree-style” reusable earplug. These stem earplugs have been around a long time, and companies see them as a real answer to the costs and liabilities found in foam earplugs.

But if you’ve ever worn a pair of these “disposable” earplugs for longer than an hour you know just how uncomfortable they are. Ever notice that you have to pull your ear up to insert these plugs? Do you know why? Look at the ear canal. Notice that it doesn’t make a straight line to the eardrum, rather there are two curves. This is why you lift your ear to insert a stem flange plug. You are essentially shoving a straight piece of plastic into your curved ear canal. This style of earplug is known to cause hotspots or other irritation in the wearer’s ear, and they are likely to constantly pull, push, and adjust the plug, breaking the critical seal in a noise-filled environment.

The second concerning data regarding flanged stems relates to earwax: Everyone has it and, if not removed, it will build a barrier between your eardrum and your stemmed flange. One of the most common reasons for a torn eardrum is earplugs being pushed-in too deep. Workers can’t figure out why they aren’t getting a good seal, so they push a little farther, and with nothing preventing it, they keep pushing until they simply go too far.

EARMUFFS: YOU SHOULD BE AWARE

Last but not least, many companies’ answer to NIHL is to resort to good old-fashioned earmuffs. There is no denying that the earmuff envelops the entire ear and provides, on average, the highest dB level protection of all hearing PPE. Based on that, one would think that earmuffs would be the answer to the problem, correct? The downside is that earmuffs envelope the head to cover the ears and can rob one of situational awareness, negating fellow workers warnings, alarms, fork lifts, and the list goes. This is an acceptable tradeoff to protect against NIHL, right?

But what happens if you break the seal on your muffs? Sound doesn’t care whether the path into the ear is the size of a pinhole or a Coke can. It still travels to the ear at an unrestricted decibel level, causing damage. That means when you turn your head a certain way, or when you put on your safety or prescription glasses, you can break the seal and allow the damaging noise into the ear unabated, negating the entire use of this PPE.

So, let’s look at what we know: Foam earplugs block communication, cost too much and are terrible for the environment. Stem flanges are most uncomfortable to wear, their seal is easily broken, and they bring an added level of risk to the eardrum. Earmuffs are great until you break the seal by breathing or wearing other safety PPE, or even your prescription glasses.

SONIC DEFENDERS: THE RIGHT CHOICE AT ALL LEVELS

Designed by audiologists and proven by the military and numerous law enforcement agencies, the SureFire EarPro Sonic Defender series has changed everything we know about hearing protection. With its patented filter and locking ring, the Sonic Defender series brings hearing protection into the 21st century. How different is it really from the rest of the traditional hearing PPE? Let’s take a look and compare to what we know.

The EarPro Sonic Defenders’ patented, state-of-the-art filter provides for normal communications, allowing its wearer to maintain situational awareness and alert to safety warnings. And when any noise — whether constant or impulse — greater than 85dB happens, the EarPro Sonic Defender will filter that noise, reducing its damaging effects while still allowing the user to hear that noise at an acceptable, safe level. No foam product can do this. The EarPro Sonic Defender series is made from a medical-grade polymer that is not only hypoallergenic but is biodegradable and recyclable, affording “green” companies the ability to continue reducing their eco footprints.

EarPro Sonic Defenders were designed for the toughest, harshest conditions. Given its incredible durability and demanding performance, Sonic Defenders deliver a 6+ month life cycle, affording today’s companies an incredible savings. Retail pricing for Sonic Defenders is between $15-20 per pair. Compared to foam plugs and their longevity of service, Sonic Defenders’ cost of $30-40 annually per employee can reduce a company’s current PPE expenses by a whopping 50-70 percent.

EarPro Sonic Defenders don’t stop there. Because they were designed by an audiologist who truly understands not only the dynamics of hearing, but more importantly the structure of the ear, EarPro delivers the world’s only curved flange. Because of this one-of-a-kind curve, a Sonic Defender is not only easily placed in the ear, but once the seal is made, the wearer will forget it’s even there. Designed for extended daily wear, these plugs are built to be worn all day, providing not only protection from dangerous levels of sound, but providing workers a level of comfort they cannot find in any other hearing device, period!

Sonic Defender technology is also found in its patented locking ring, the EarLock®, which gives users the peace of mind that once in place, their hearing protection will not slip out. With its unique seven-lock system, the EarLock helps maintain a proper seal, remaining in place even in the roughest of environments. Additionally, the EarLock’s proprietary design makes it the only flange plug on the market that will prevent users from penetrating the ear canal too deeply, thus avoiding potential ear drum damage. Sizing for EarPro is based upon the Concha of the ear. Data shows that Medium is the most popular size, but SureFire also offers sizes Small and Large, affording a near custom fit for all.

Surefire has also realized that today’s workers are more connected than ever. Their reliance on handheld communication devices are found everywhere from manufacturing facilities and production warehouses to music events and more. With this evolution in worker safety, and the necessity for staying in touch, Surefire designed and patented the world’s only Universal Acoustic Coupler or UAC.

SureFire’s EarPro Sonic Defender line of hearing protection is a state-of-the-art, one-of-a-kind, technologically advanced series of earplugs that is changing how industry approaches worker protection. Its patented filter, locking ring and UAC combine for the first time to produce an in-ear device that maintains the safety of situational awareness, provides maximum noise level protection and seamlessly integrates with communication devices that companies currently use. Sonic Defenders provide all of this technology and deliver on reducing current corporate PPE annual expenses. 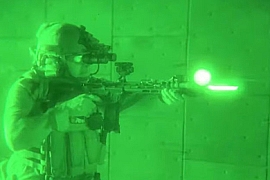 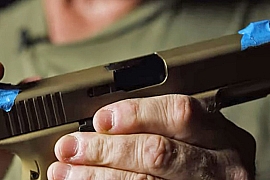 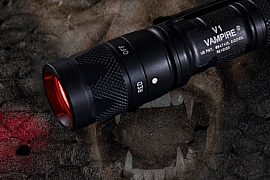