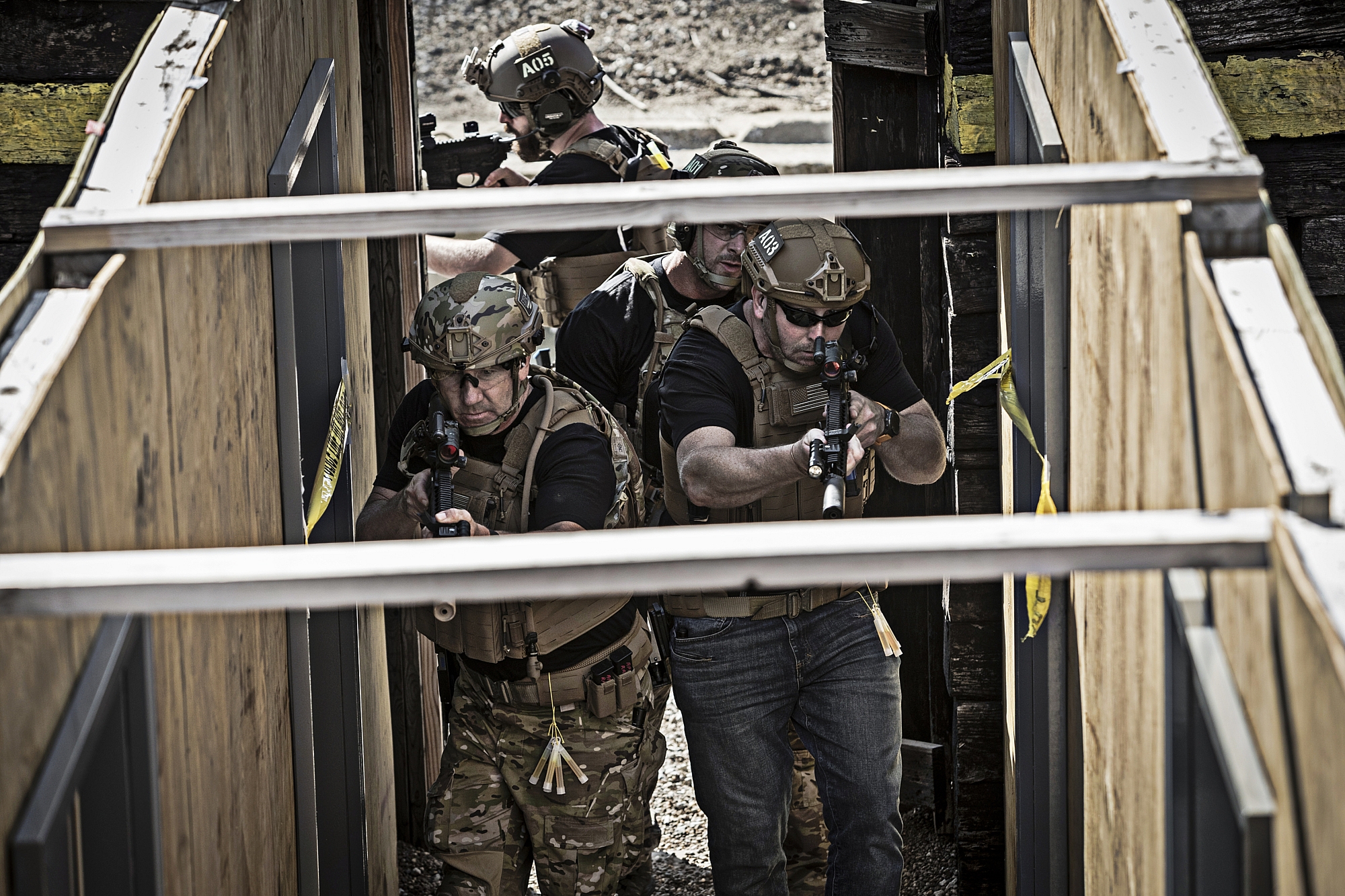 Searching, working or fighting in an environment with diminished lighting can be daunting to most. Add a few other environmental or human factors, and working in this time and space could be absolutely overwhelming.

The good thing about being faced with an environment like this is that there are numerous places where one can go to get training that will deal with most of these exact elements. Late last year I attended such a place for training in Alliance, Ohio and was fortunate enough to take a course put on by Forge Tactical and hosted by SureFire, LLC.

The lessons learned over three long days and nights of training were many, most of which can be used by anyone, not just members of law enforcement or military personnel. Some of the key elements can easily be used for home defense and keeping you and your loved ones safe.

The carbine I was using was fitted with SureFire’s new Scout Light … which sends out a whopping 1,500 lumens

Having been to a handful of low-light classes, this one particularly interested me, as it dealt with clearing rooms, working with angles and also using the newest lights that SureFire has brought to the marketplace. Not only did I see the positives in training like this for my job as a police officer, but I also found it a critical area of training for the civilian and home defender. With the amount of people who carry a concealed weapon for a living and for those who are armed and also defend their homes, having the ability to work in a low-light environment is key for personal and home protection.

Working with quite a few of the new lights that SureFire provided, I was able to use numerous different weapon and handheld lights that were made for specific scenarios, which can also be used in civilian and personal protection roles as well.

Each day of this multi-day course started out with working in the classroom, where the instructors gave their thoughts and ideas for their training methods in different environments. The facility in Alliance, Ohio is absolutely phenomenal, and it is definitely worth trying to make a trek back to this facility to grab some top-notch instruction.

During the instruction, there were many phrases and anecdotes that stuck out with me, which easily made sense as we forged into the coming days of training. One that resonated with me, especially working in a team environment is, “Have as many guns in the fight as possible, two guns almost always.” Working in a team-type environment, this can happen almost all of the time. If you are defending yourself or your home, this may not be fulfilled. That said, there are ways you can stack the deck against your opponent with light and movement.

First is the amount of lumens your light offers. The more lumens the better, and the new lights from SureFire exceeded my expectation with the amount of light that are coming from these products. For the class, I was shooting a Glock 17 pistol and an AR-15 carbine built by Bravo Company. The light chosen for the pistol was the new XH35 weapon light that puts out 1,000 lumens in their MaxVision beam format. Is this is a lot of lumens for a pistol light? Absolutely. Is it necessary? You bet! The MaxVision beam throws a wide wall of light that is perfect for closer engagements.

The carbine I was using was fitted with SureFire’s new Scout Light, the M600DF, which sends out a whopping 1,500 lumens. It should be noted here that the M600DF puts out 1,500 lumens when used with the optional 18650A rechargeable lithium ion battery. If you want to run the standard SF123 lithium batteries, you will get 1,200 lumens out of this Scout Light. Both of these lights put out more lumens than I have ever used, and I can tell you now that having that much light focused out in front of you is an absolute game changer when working in a low-light environment.

Having that much light focused out in front of you is an absolute game changer when working in a low-light environment. 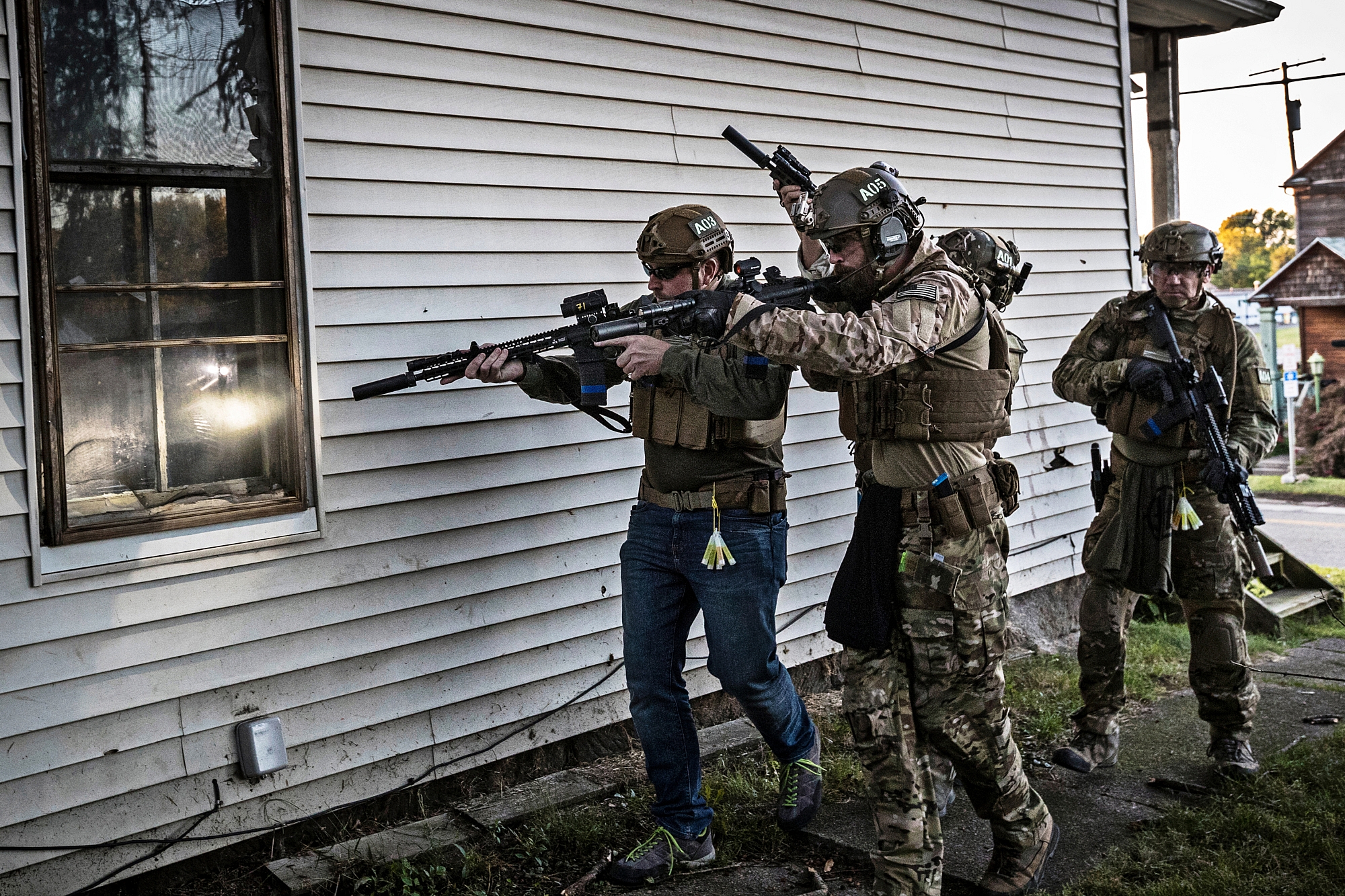 In this course, the emphasis was on learning on how to properly deal with angles, doorways, hallways, entryways, different shapes and how to work with and against all of them. While I am not going to get into each and every subject matter that we discussed, I do encourage you to think about the environments you are around most often: your home, your office or your vehicle. All of these areas offer you the ability to use techniques with blinding light that could help you successfully engage and survive any type of attack or encounter.

If you think about your house or office, you likely know all of the rooms and angles better than anyone. Now think about using a weapon or handheld light that puts out an incredible amount of lumens and think about encountering a subject in your home or office with these tools.

The Forge Tactical instructors used the term “photonic barrier” quite often. It describes the amount of light in between you and a barrier. If that barrier is a person and you place a large amount of lumens in between you and him, he is going to have a very difficult time finding you … and there is a good chance that the amount of lumens you are producing will be enough to momentarily cause him to lose his vision and perhaps disorient him so you can act as needed to protect yourself or family.

One of the main areas of interest that I took away from this course was using the most amounts of lumens that you have at your disposal. Having 1,000 lumens on the XH35 and 1,500 lumens on the M600DF was an absolute game changer, which I found out by being on the opposite end of the weaponlight a time or two.

This course had me looking at different ways of entering rooms, doorways and using angles to my advantage

A term used with clearing locations in a team environment is “violence of action” and that refers to getting rid of dead space and moving through that space rapidly, yet safely. This is great in a team environment when you have multiple people working with you. But what do you do as an armed individual or as a person protecting your dwelling or family? This is where the host of SureFire products comes in to help the solo armed individual.

One of my home use pistols is fitted with the new XC1 compact handgun light, which gives me 300 lumens of light coming out of the end of my pistol. For my residence, this amount of light works very well with clearing rooms, hallways and a garage. By myself, I can clear my residence in a semi-fast manner and doing so with a decent amount of light certainly helps. Again I know my residence better than most and all of the angles, doorways and openings I can use to my advantage. My light helps and is key for me in making sure I, or anybody else at home is safe.

Think about clearing your home next time you have a few minutes and think about how more lumens of light could help if you are awoken one night by the sounds of crashing glass. You may not have other people to help you, but you still need to be safe. Attacking an aggressor with your knowledge and mass amount of lumens could help you win this encounter.

This course had me looking at different ways of entering rooms, doorways and using angles to my advantage. It also reinforced slowing down and making sure you know the basics very well. Efficiency when applying your shooting skills is a must; add the use of lights while under a little bit of stress, and you see very quickly how working techniques is a learned practice.

Using weapon lights or handheld lights to go up against an opponent is now a lot different with the amount of lumens seen in the new series of SureFire products. Just when I thought I had enough lumens with some older SureFire products, I saw the new lights and realized I was out-lumened. 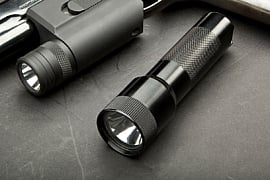 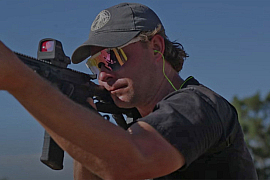 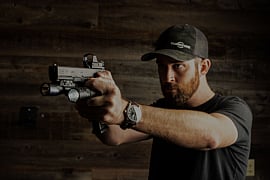