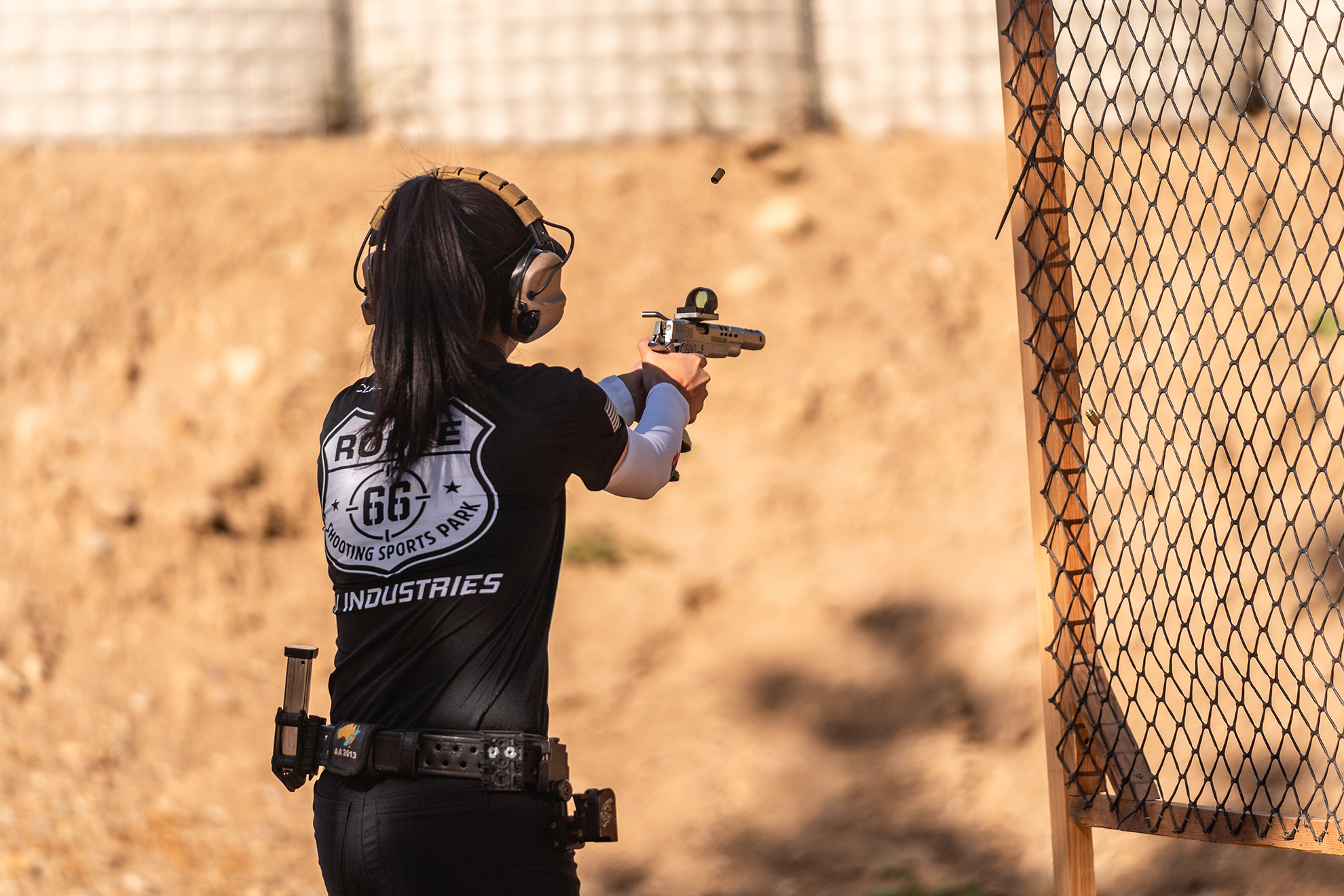 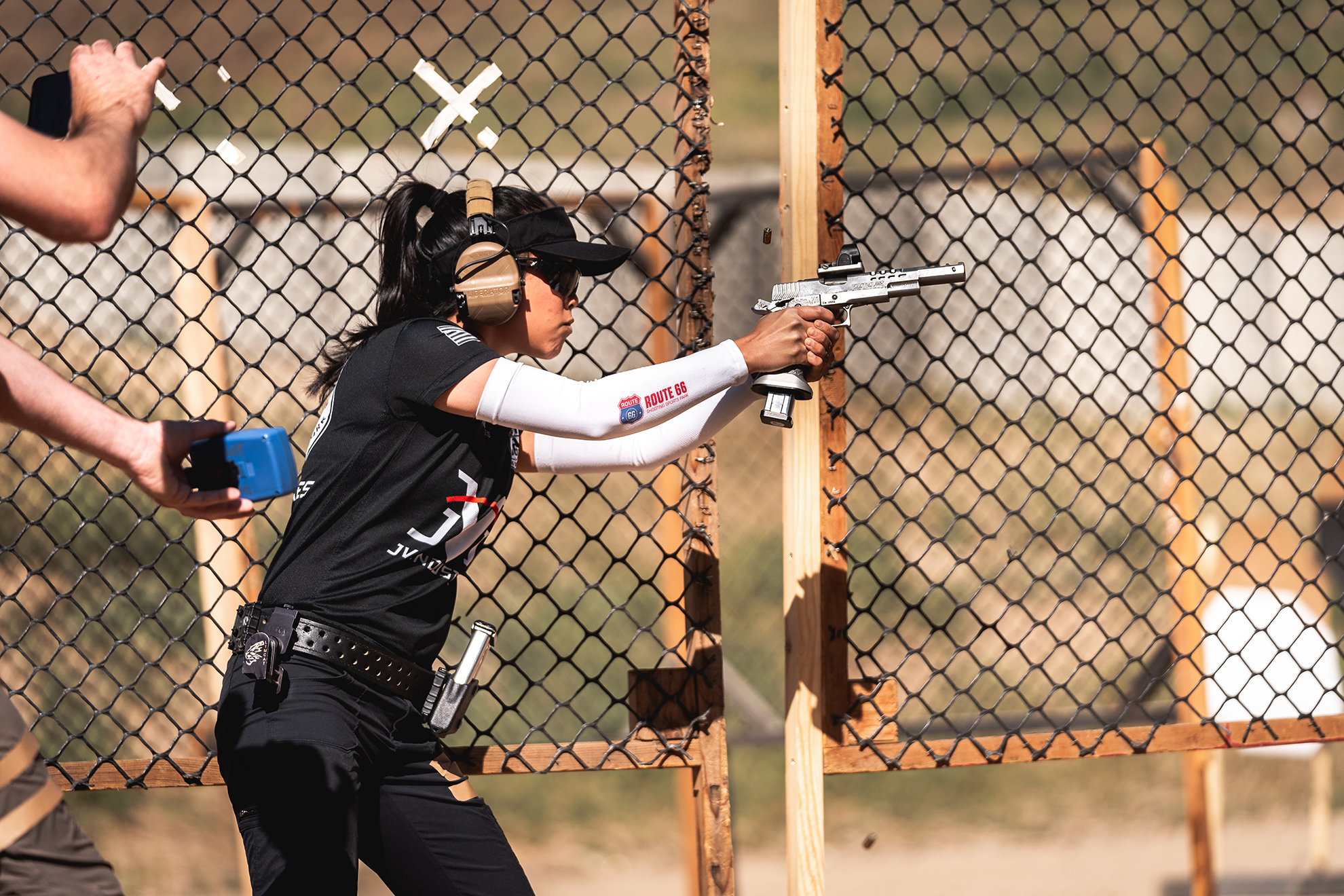 For many, the thought of participating in a shooting competition can be extremely intimidating. This is the same apprehension someone might have competing in athletics or another active pursuit. The truth of the matter is, that there is nothing to fear as long as you understand the basics. In SureFire Field Notes 69, competitive shooter Claudia Vidanes provides viewers with the basics of what to expect when entering their first competitive shooting match. Check out the video below:

Claudia is well qualified to talk competitive shooting, as she was practically born into it. Claudia’s father, Jojo Vidanes, owns JV Industries and Norco Running Gun, and he holds multiple world titles in several shooting disciplines. Jojo has been competing since 1991 and is one of the first 23 Grand Masters in USPSA history. He has helped Team USA win multiple gold medals. Claudia has followed in her father’s footsteps by representing Team USA in over eight countries, competing in numerous world championships, and earning several championship titles of her own. Simply put, she knows the subject of competitive shooting inside and out.

SAFETY FIRST
Every competent firearm user knows that safety is always imperative. However, a first-time competitor might be afraid of doing something that could get them disqualified because they don’t know the safety rules at a competitive shooting event. Claudia explains the basics in SureFire Field Notes 69, offering advice such as the proper use of the Safe Area, how and when to handle their firearms, and proper muzzle discipline when moving through a stage. The latter she explains as the “180 rule,” something first-time competitors may not have heard before. 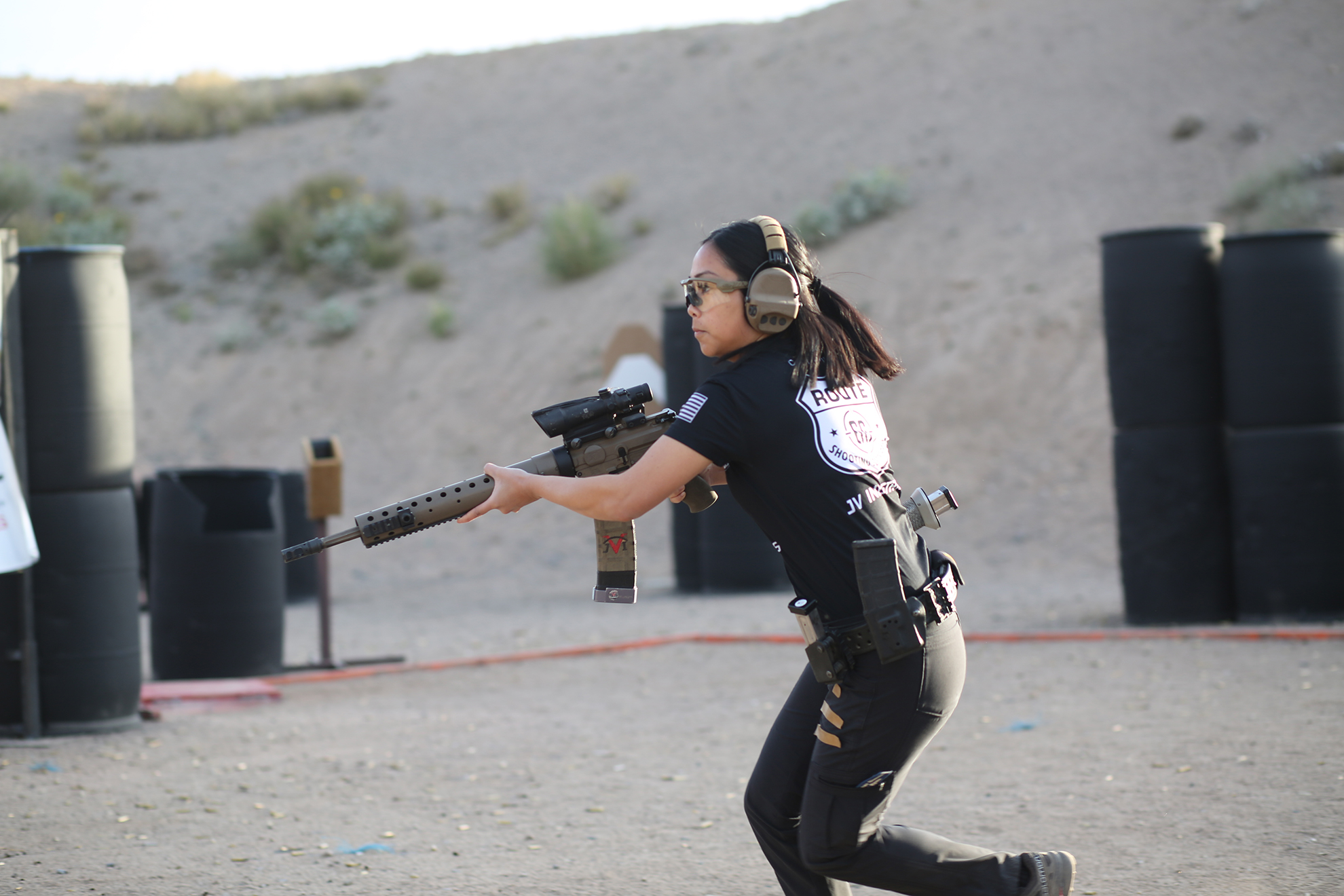 “Looking at the back of the berm in regard to yourself, you can imagine a line 90 degrees to the left and 90 degrees to the right,” Claudia says. “Your muzzle should never cross that line. If you’re close to that line, the Range Officer might give you a Warning “Muzzle!” Simply move it [the muzzle] to a safer direction. This is very important to keep in mind when you’re reloading, moving left to right, or right to left. And especially when you’re moving backwards. Your muzzle must always be facing downrange.”

Negligent discharges are among the most common reasons a new shooter may be disqualified from a match. Claudia explains how to avoid them. Also, you must be aware that “body sweeping” yourself is grounds for disqualification. Beyond that, she clearly articulates what you can expect upon entering and exiting each shooting stage and the types of scoring used in a match. Another fundamental piece of advice is that you should listen carefully to the commands of the Range Officer. Like every acquired skill, repetition will foster familiarity and allow you to be more comfortable as you get more matches under your belt. 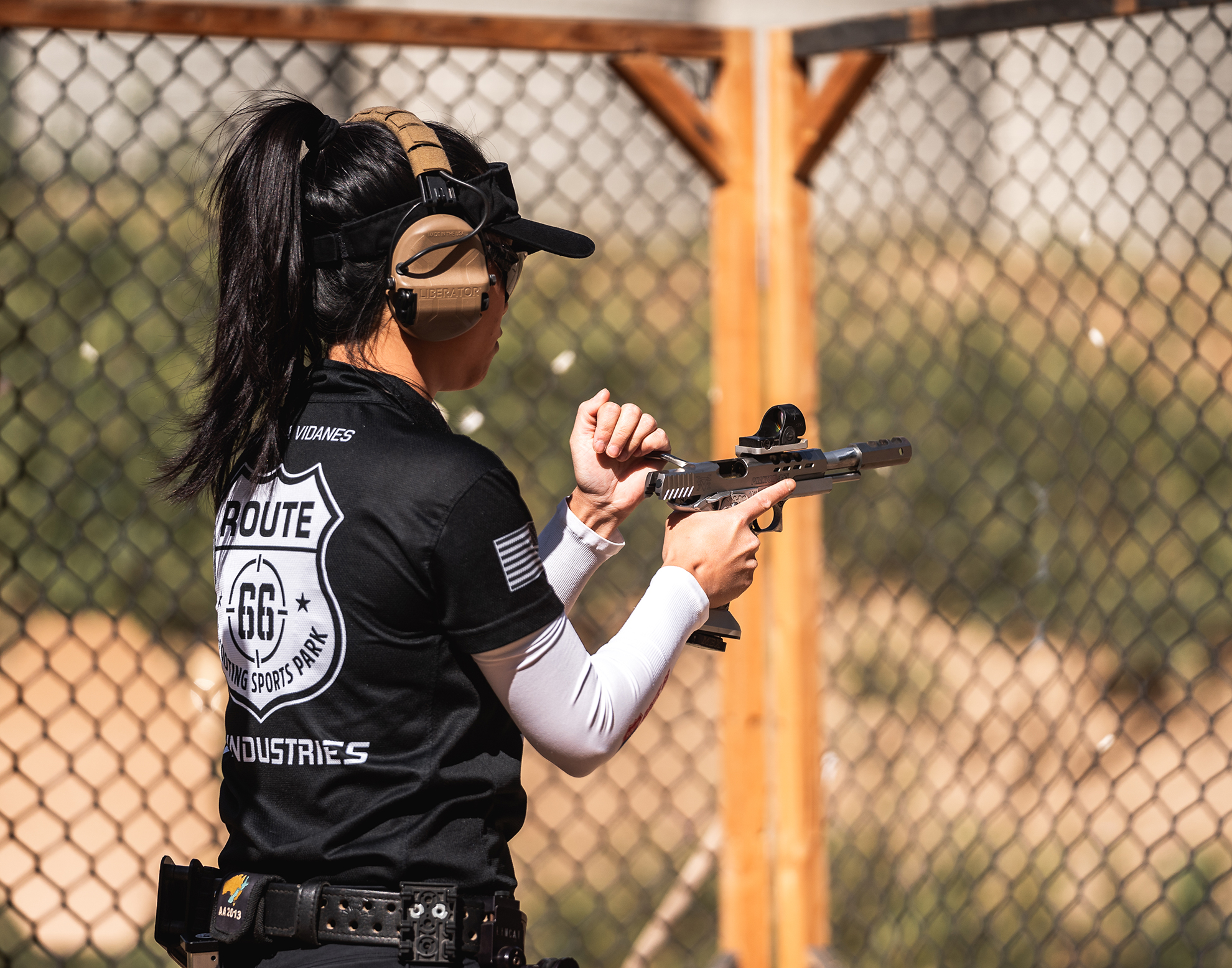 FOCUS ON YOU
Even seasoned shooters might feel uneasy when entering their first match, and performance anxiety usually tops the list of concerns. But Claudia advises that you adopt a mindset that you’re competing against yourself as it will go a long way toward alleviating that anxiety. Face it, unless you’re blessed with Jerry Miculek-level talent before you’ve even competed in your first match, you don’t have a chance in hell to win—and so what? The truth is the majority of shooters will be hyper-focused on their own performance and could care less about your score.

Instead, your focus should be on being safe, being the best shooter you can be, and just having fun. As Claudia puts it, “As long as you’re safe, no one is going to judge you. Look for your strengths. Look for your deficiencies, and work on it at your next match.” Sound familiar? It should. Right behind the four commandments of gun safety, that’s usually the first thing you’ll hear from any competent trainer when you attend a shooting class. 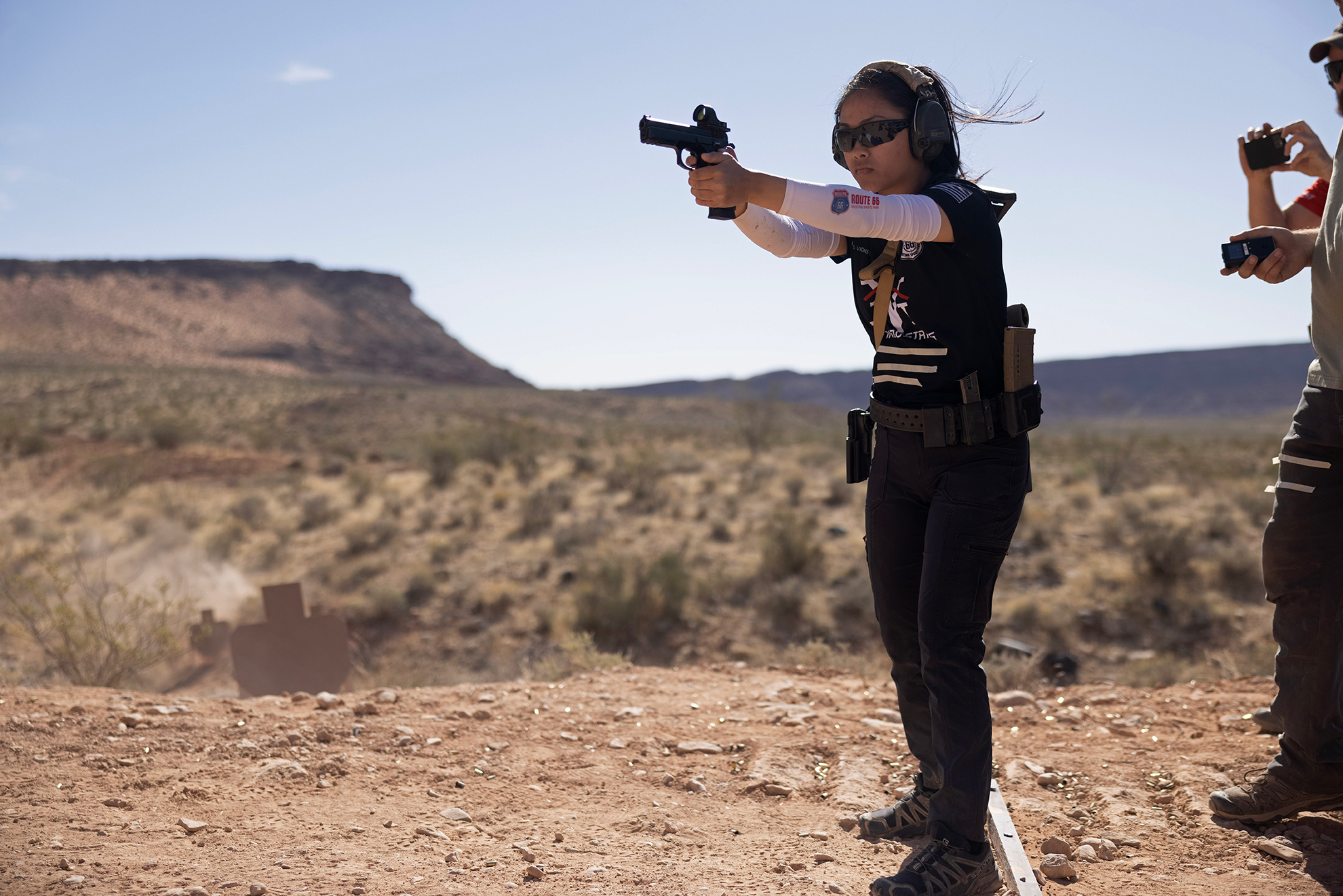 IT’S WORTH IT
But is competing even worth your time if your primary focus is on tactical training? The answer is yes. Some people mock competition as a game and not realistic. However, when it comes down to it, there is no better place to learn about combining speed and accuracy as well as gun handling. If you want more proof, we suggest you review SureFire Field Notes 64 with Matt Pranka of Xray Alpha. In addition to having 26 years of military experience in Special Operations, he is also USPSA Grand Master in the Production Division. You could also check out Field Notes 44, Tactical Application of Competition Shooting with Mike Pannone. And if that still isn’t enough, Field Notes 13, Competitive Shooting with Robert Vogel.

Don’t be afraid. Get out there and compete! 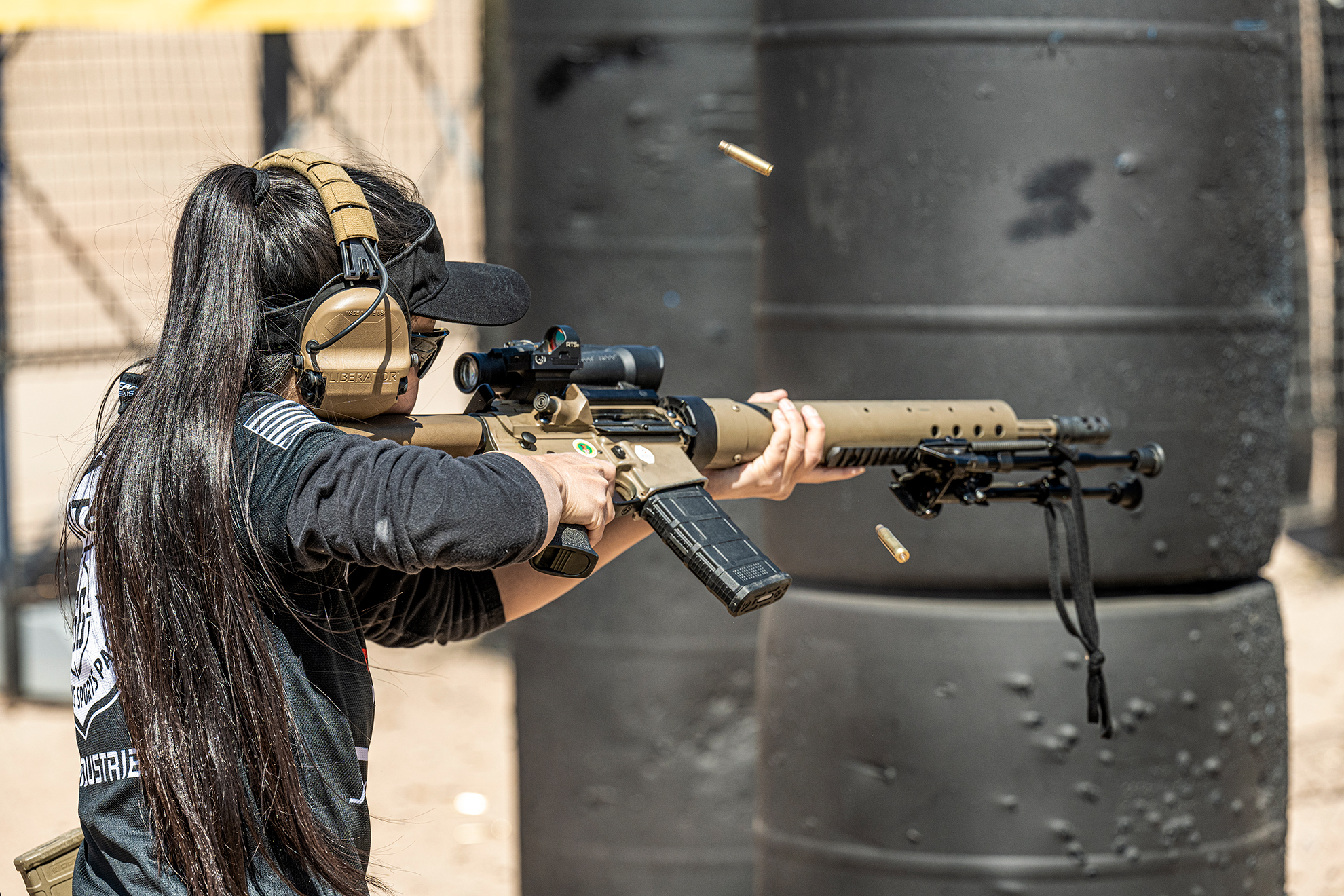 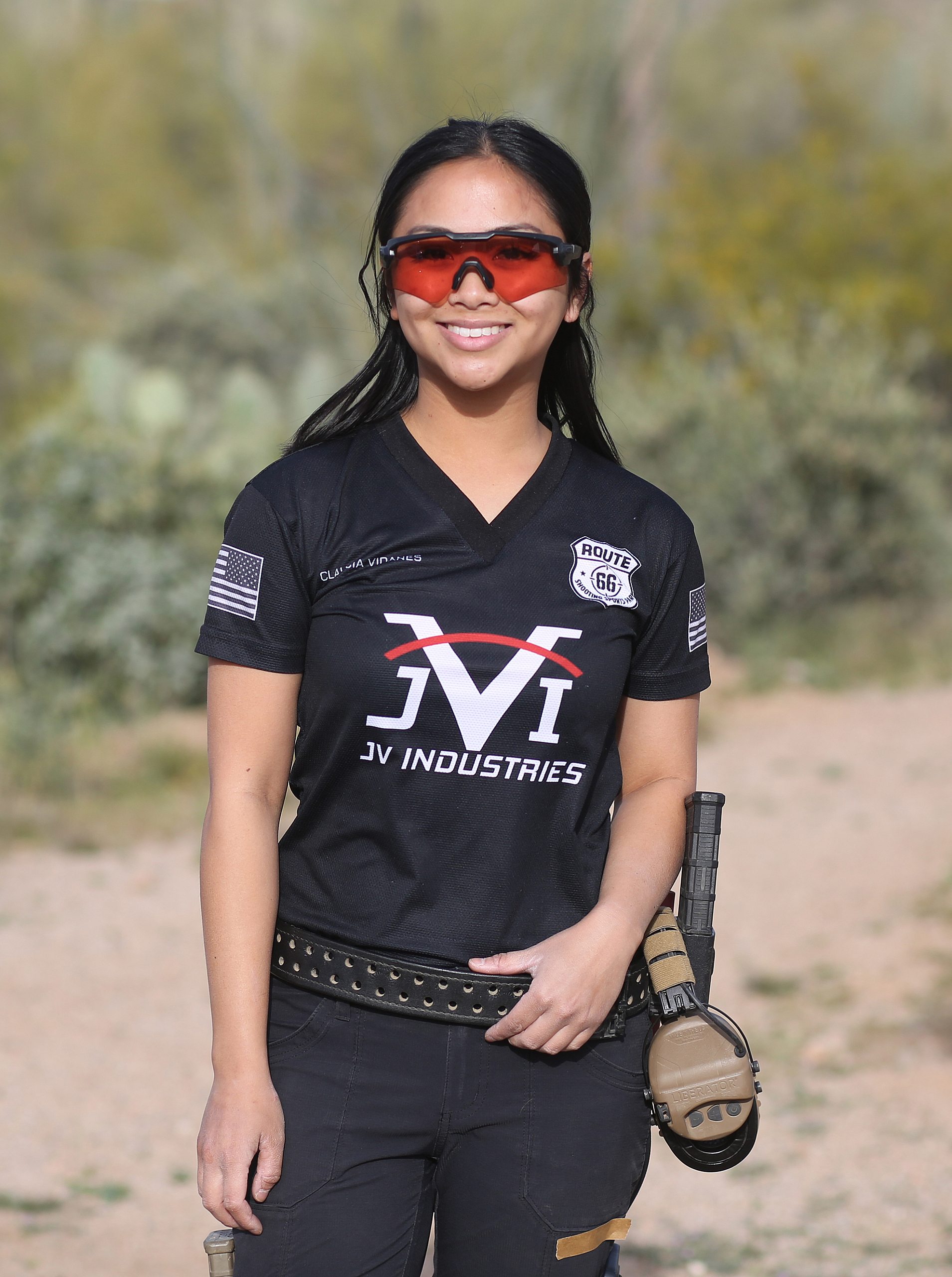 ABOUT CLAUDIA VIDANES
Claudia Vidanes has been a competitive shooter for over a decade, competing in IPSC, USPSA, 3-Gun, and more. She has represented Team USA in over eight countries, competed in multiple world championships, and holds several multi-gun lady titles. In addition, Claudia has been instrumental in running her family’s IPSC match for more than 10 years, giving her a unique understanding of the questions and concerns of newcomers to practical shooting. 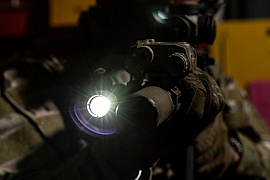 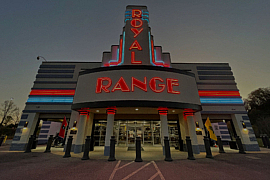 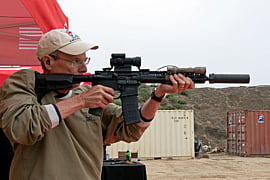