We are proud to announce the launch of two suppressors for 6 mm, 6.5 mm and .260 caliber weapon systems. First, SureFire’s exotic SOCOM260-Ti is extremely lightweight and quiet, best suited for bolt-action rifles where back pressure isn’t an issue. Next, the versatile SureFire SOCOM260-RC2 suppressor meets and exceeds the needs of 6mm,  6.5 Creedmoor and .260 caliber, semiautomatic rifles by utilizing the same technology that earned the SOCOM556-RC suppressor a victory in the harshest, most demanding suppressor trials in US Special Operations Command history.

SureFire’s SOCOM260-Ti is the lightest rifle-mount suppressor in the lineup, but if you want the best in noise attenuation, quality materials and precision craftsmanship, it’s a genuine heavy hitter. Of course, the Ti in the model name stands for titanium, and it should come as no surprise that SureFire employs only high-grade titanium alloy to produce a premium suppressor that weighs a mere 12 ounces while maintaining our strictest durability standards. But it isn’t just exotic materials that make the SOCOM260-Ti. Our engineers painstakingly crafted the SOCOM260-Ti’s  V-shaped baffles to optimize performance for maximum noise attenuation. Precision tolerances, strict attention to bore concentricity and suppressor alignment with our versatile Fast-Attach® mounting system combine to provide the best titanium suppressor available.

When designing the SOCOM260-RC2 suppressor, SureFire refused to use anything but the highest grade high-temperature alloys that are CNC laser-welded and uncompromisingly durable and better suited to the higher-round count abuse of precision gas-guns. Inside, SureFire’s advanced vented baffling reduces back pressure, so as to not affect the reliability of the gas operated weapons platforms this suppressor is intended to be used on. In addition, SureFire’s patented Fast-Attach® system makes attachment/removal of the suppressor quick and easy in any environment. The SOCOM260-RC2 incorporates the latest in manufacturing techniques and materials to produce a class-leading suppressor, delivering the utmost in sound attenuation and a tremendous reduction in flash and dust signature.

Built for consistent performance and a long service life, every SureFire suppressor is proudly made in the USA. 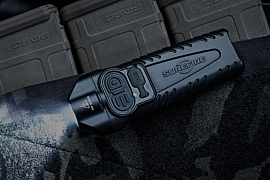 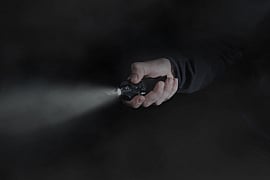