SureFire’s line of Scout Light® Pro WeaponLights has been the benchmark in long gun-mounted extreme-duty tactical lighting for nearly 40 years, and the new Micro Scout Light Pro sets a new standard of excellence in the category.

The Micro Scout Light Pro is the lightest, most compact model ever to bear the Scout Light name. Still, it maintains the long-standing reputation for durability that has earned SureFire the trust of elite special operations forces in the harshest environments on the planet. It delivers tactical-level CQB illumination for professionals or citizens seeking a powerful light that has minimal impact on their weapon’s profile.

Measuring less than 4 inches in length and weighing a mere 2.1 ounces, the Micro Scout Light Pro takes size efficiency to a new level. You won’t even know it’s there, but it provides high-quality illumination for positive target ID, navigation, or Sensitive Site Exploitation. It can also illuminate targets up to 65 meters (70 yards) away. A recoil-proof, premium LED generates an impressive 300 lumens from a single rechargeable AAA battery that delivers 1.25 hours of constant runtime, and SureFire’s smooth parabolic reflector technology shapes the output to create a far-reaching, high-intensity beam. It also generates ample surround light so you can see what’s on either side of you as well as what’s in front of you.

SureFire’s Low-Profile Mount (LPM) is a key factor in Scout Light Pro versatility as it allows users to mount their light as close to the weapon no matter the rail or configuration. Every Scout Light Pro model ships with both a MIL-STD-1913 mount as well as an M-LOK® mount. Like every Scout Light, SureFire also built the Micro Scout Light Pro for maximum durability. Its lightweight aerospace aluminum body is coated with a Mil-Spec Hard-Anodized finish and O-ring sealed to keep out the elements even when submerged in up to 3 meters of water for 30 minutes. 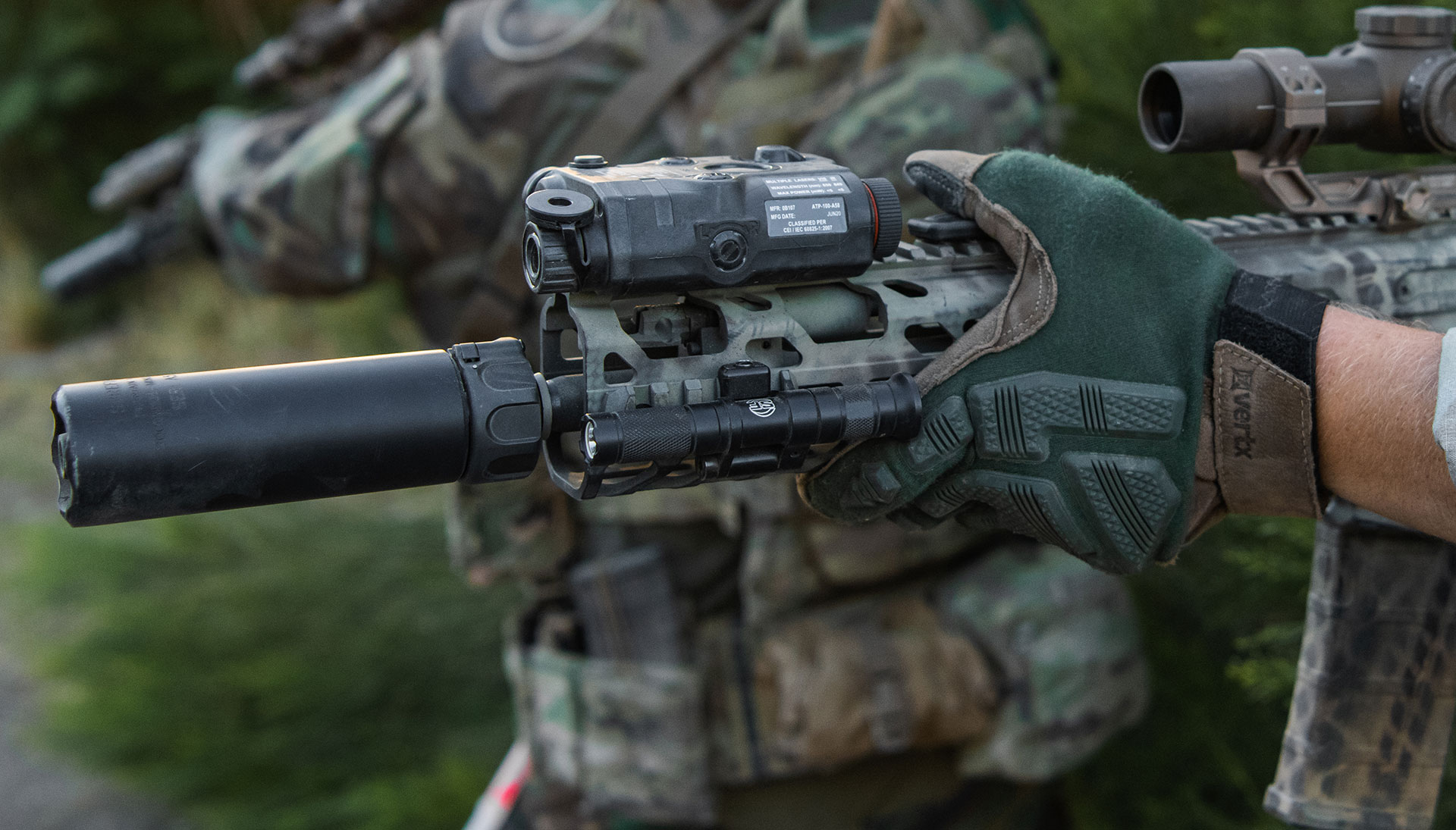 SureFire’s shrouded, push-button tailcap switch provides easy, instant activation in high-stress situations. You can partially depress the switch for momentary-on activation and release it to deactivate. For constant-on activation, fully depress the switch until it clicks, then release. To deactivate the light in constant-on mode, repeat the process when the light is activated. The switch also incorporates a patented lockout feature to prevent accidental activation during storage or transport. Just rotate the tailcap counterclockwise one complete turn or until the light will not activate when you press the switch. 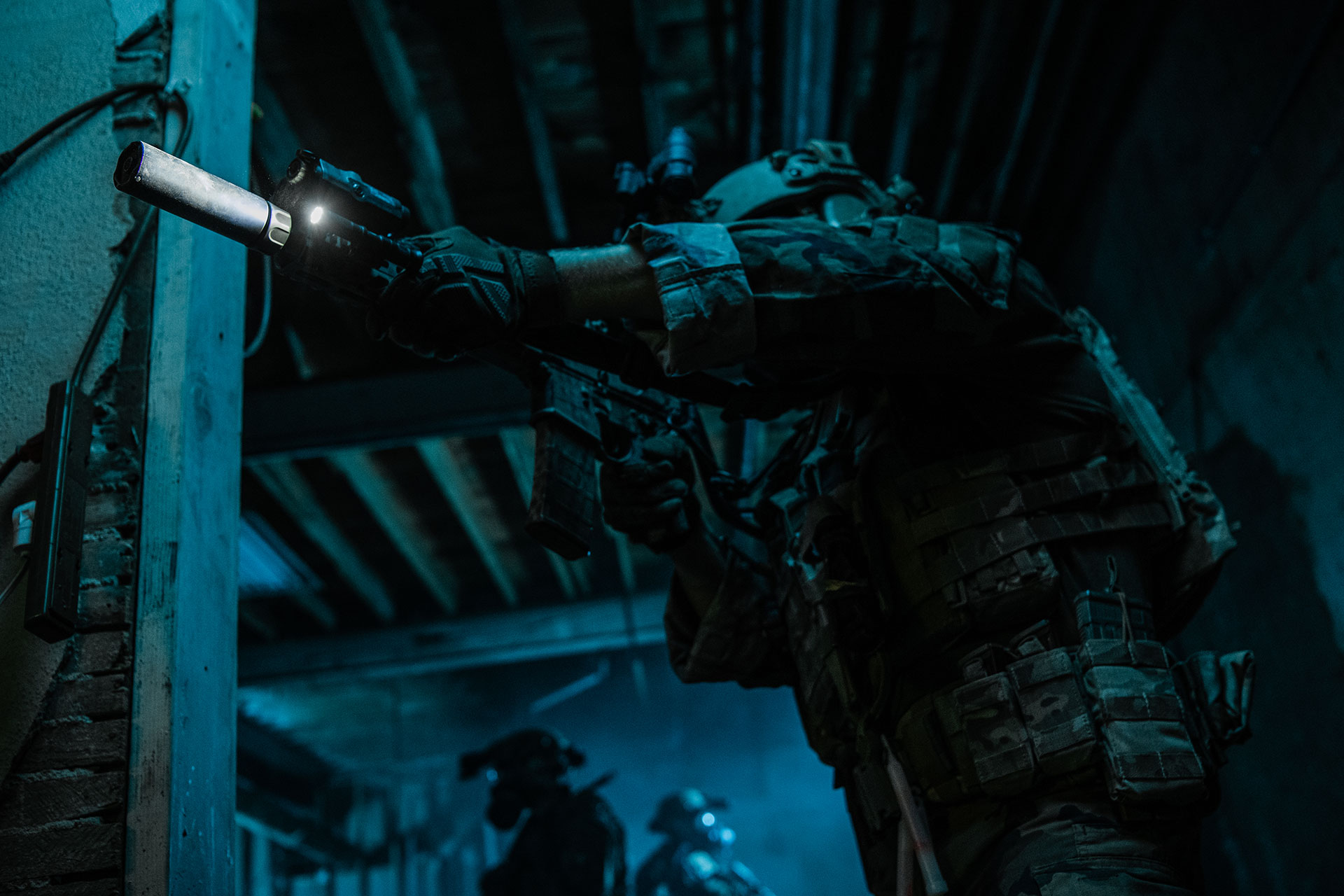 While the Micro Scout Light Pro can accept disposable lithium or alkaline batteries, it delivers optimal performance via the included SFAAA-1100 NiMH battery. Additional SFAAA-1100 batteries and an accessory CH23 battery charger are available through SureFire.

The Micro Scout Light Pro is another example of SureFire’s innovative thinking. It’s compact, rock-solid, and ready to win, even in the most extreme conditions. For more information on SureFire’s entire line of WeaponLights, handheld flashlights, and related gear, visit SureFire.com. 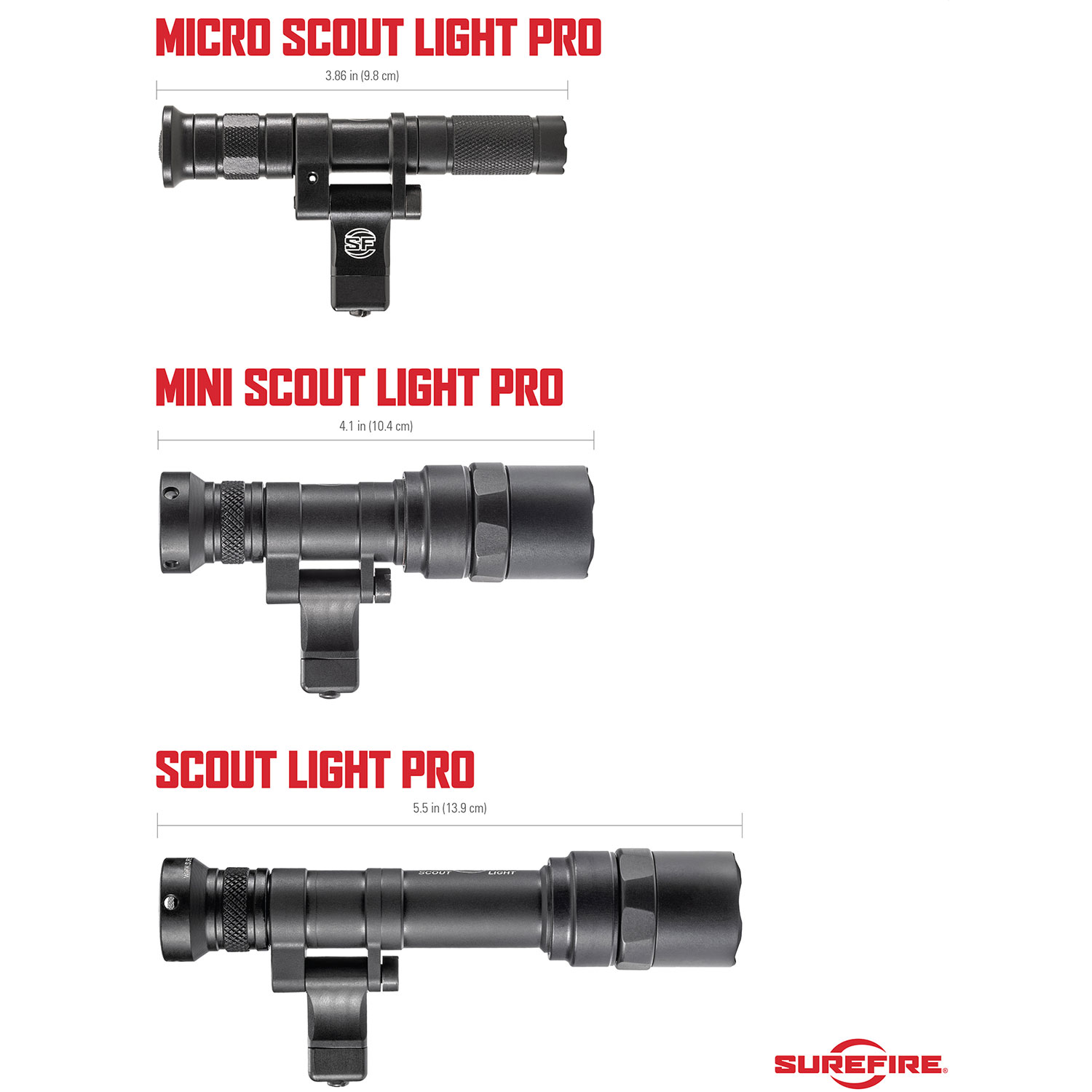