If it’s spring, and you’re a multi-gun competitor, the Superstition Mystery Mountain 3-Gun competition, a.k.a. SMM3G, is the place to be.

I recently had the pleasure of shooting this event for the first time, and I can honestly say it is an awesome experience. Held at the Rio Salado Sportsman’s Club in Mesa, Arizona, SMM3G is one of the longest-running and most prestigious events of its kind, drawing top competitors from around the world.

I know a lot of SureFire customers are familiar with multi-gun competition, but just in case you aren’t, I pulled a description of it straight from the horse’s mouth. According to the SMM3G website, “We utilize rifle, pistol, and shotgun – in a ‘run-n-gun’ practical shooting match format. A match comprises several ‘stages,’ each being a unique scenario-based shooting problem to be solved. One, two, or even all three guns may be required in a given stage, with the competitors’ ranking being based on their time to complete the stage, with penalty time added for any errors (such as missed targets, etc.). Target distances can vary from 1 yard to 600 yards. Although multi-gun traces its origins to the combat use of firearms and indeed draws a great many participants from military and law enforcement circles, the discipline has evolved into a visually appealing, highly competitive, adrenaline-filled sport. Most new shooters get hooked after their first match.”

With most of my experience coming from USPSA, 3-gun is still relatively new to me, so it didn’t hurt to have Jojo Vidanes, a multi-time champion in handgun, rifle, shotgun and multi-gun, as one of my squadmates. One of the most experienced competitors I know, Jojo was celebrating his 25th year of shooting the SMM3G competition—which gives you an idea of just how long the match has been taking place. Jojo was a huge help with stage planning and overall understanding the game.

As with most competitions, there are multiple divisions, depending on what gear and firearms you’re running. This creates a more level playing field for the purposes of scoring. I should also note that most 3-gun matches these days, including SMM3G, also have a two-gun option (pistol/rifle) for those who aren’t a fan of scatterguns. I will say, though, that after having been in that camp, I feel that adding the shotgun is very much worthwhile. I think most modern tactical shooters, previously including myself, think a shotgun is an antiquated firearm for defensive purposes and therefore not worth the time. While that may mostly be true, I think for 3-gun it is well worth the effort. Besides being just plain fun to shoot, the shotgun brings a significant level of complication—in a positive way. First, there is the obvious struggle with manual of arms, but more importantly, the shotgun brings an additional layer of stage planning, significantly increasing the mental challenge. I really think this adds to the fun and satisfaction of competing. Before you balk at the scattergun, I’d urge you to reconsider. Running three guns on a stage is extremely rewarding.

For SMM3G, I chose to shoot a division called “Stealth.” I’ve been shooting carry optics in USPSA the past few years, so this was the ideal division based on my current pistol configuration as well as my shotgun. Stealth division requirements are rather interesting and somewhat loose. For example, handgun requirements are simply that the gun with magazine and all accessories must fit within a box with internal dimensions of 8.938” x 6.938” x 1.938.” Essentially, the required dimensions force you to choose between a carry optics gun with red dot sight and flush magazines, or an iron-sighted gun (limited) with 140 mm magazines.

My original plan was to run an optic, but I’d recently had several issues with optics coming loose in the months before the match. Hence, I decided to play it safe and run a rather stock Glock 17 with Dawson adjustable sights, a DIY grip job, an ALG magwell, along with TTI basepads (23 rounds). For the shotgun, I was lucky enough to pick up a secondhand TTI Benelli M2 from a friend of a friend just a month before the match. I added a new Nordic MXT six-round magazine extension tube to meet Stealth division requirements of an overall tube length not exceeding 24 inches. That gave me nine rounds in the tube and 11 rounds in the gun if I ghost load.

For the rifle, I chose to run one of my older trusty BCM 14.5-inch guns, mainly because it is the only muzzle brake gun (pinned and welded) that I have currently. It also has the original magnesium rail from BCM, which makes it super light as a bonus. I ran this rifle with a Vortex Razor HD 1-6 in an ADM 1.93 mount, Dueck Defense Rapid Transition Sights (with Fiber Optic front), a SureFire SFMB Muzzle Brake, and Magpul stock and grip. I also have a pic section mounted at the 6 o’clock of the rail, to which I mounted a Magpul Bipod for one stage. For backup guns, I brought another BCM 14.5, a Gen-3 Glock 19, and a Benelli M1 that is mostly stock (worked over by Robar in the ’90s, Black-T and all). I was lucky enough to have no real gear deficiencies. All my guns ran 100%, allowing me to make all the mistakes.

Although this was the first major match I’ve shot, I’ve attended multiple major matches of different shooting disciplines. SMM3G is among the best I’ve seen in just about every way. It is run like a well-oiled machine. The predetermined squad shooting schedules ran like clockwork, not an easy feat with 370+ competitors.

The stages for this year’s match provided a solid mix of shooting skills with a small amount of physicality. We faced everything from close-in “hoser” target arrays to long-range precision shots at 500+ yards, movers at 300+ yards, and intricate stage designs that allowed for several valid approaches to stage planning. The latter made it fun to watch as competitors chose different strategies when deciding how to tackle each stage. Several stages required running, shooting in multiple positions, and climbing in or around obstacles.

SMM3G is also notorious for a good prize table, and this year was no exception. Everything from firearms, accessories, and of course, SureFire handheld and weapon-mounted lights, muzzle devices, EarPro, and more, was up for grabs. I was lucky enough to walk away with an Aero Precision EPC-9 PCC upper receiver. I was pretty happy about that because I’ve been meaning to build a PCC anyway.

Going into the match, I had a handful of practice sessions, a months’ worth of dry fire (mainly on loading the shotgun), and two local 3-gun matches under my belt. All said and done, I finished 152 of 371 overall and 14th in my division. Although I made a myriad of rookie mistakes, I suppose I should be happy with finishing in the upper half of the field… But I’m definitely not. Still, the lessons learned were invaluable and I had an absolute blast.

One last thing: Many tactical shooters look down on competition shooting as an unrealistic game, but the truth of the matter is there’s no better way to get better at shooting. The highest-level tactical shooters in the world look to competitive shooting for a reason, and I’d strongly encourage checking out a local competition for anyone who owns a firearm and wants to test their skills in a safe, fun environment. There are plenty of enthusiastic competition shooters who are more than happy to have you join in the fun and help get you acclimated! 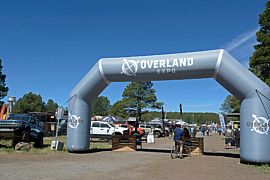