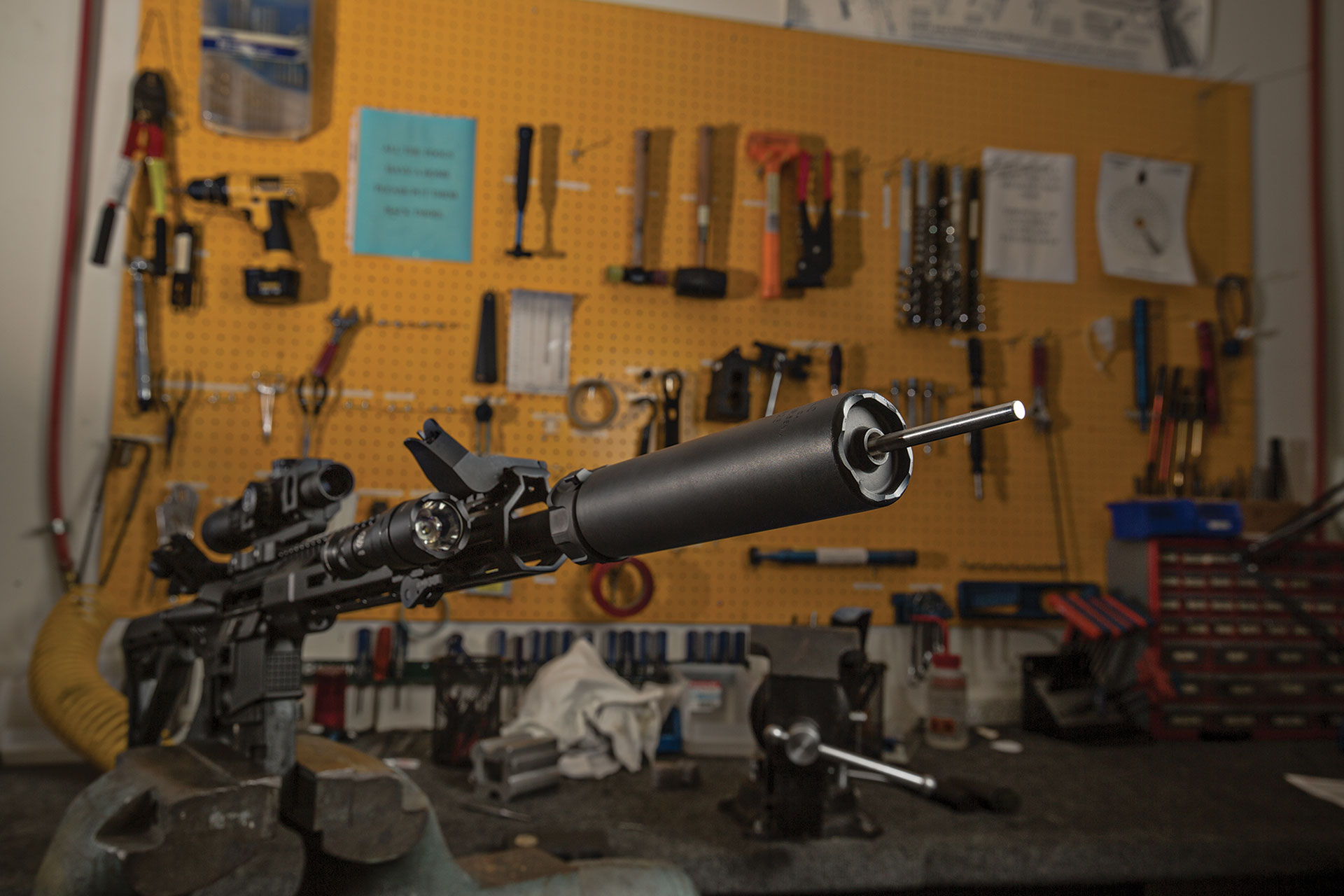 If you’re a regular suppressor user, then you’ve heard the term “baffle strike,” even if you’ve never experienced one yourself. That said, there are a lot of misconceptions around the term that we’d like to clear up.

First and foremost, what is a baffle strike? A baffle strike occurs when the bullet strikes the inside of your suppressor in some way, shape, or form. Initially, this may appear to be most suppressor owners’ worst nightmare. But nine times out of ten, that is hardly the case. 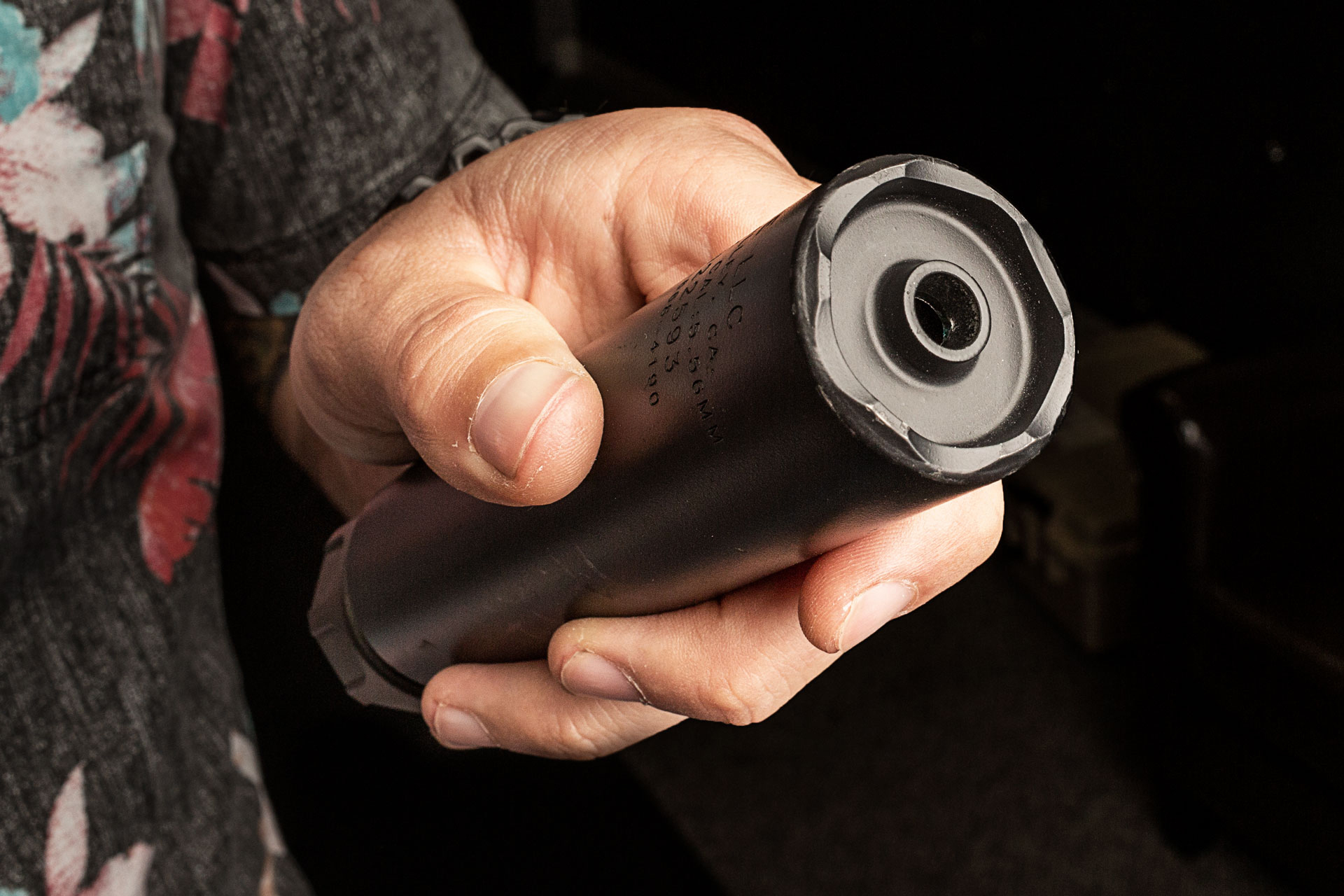 Generally speaking, 90% of baffle strikes don’t affect performance in any significant way. More often than not, they are a simple “graze,” typically due to ammunition issues or incorrect suppressor installation. Visibly they may look like minor “nicks” but they will not impair suppressor performance. This has been tested time and time again, and most baffle strikes hardly affect accuracy, sound, or flash reduction. Even so, SureFire SOCOM Fast-Attach® suppressors are meticulously engineered to prevent baffle strikes from occurring. Of the tens of thousands of SOCOM suppressors in use, only a small fraction of 1 percent has ever been returned for baffle strikes, with the overwhelming majority being due to end-user error or ammunition issues.

While on the topic of baffle strikes, it should be mentioned that SureFire SOCOM suppressors are engineered with fail-safe baffles as a safety measure just in case a suppressor is grossly installed incorrectly. The baffle design directs the bullet forward, ensuring the projectile maintains trajectory moving downrange. Thus, even if a suppressor is incorrectly installed by an end-user, neighboring shooters will not be hurt by a projectile exiting the side of the suppressor. The safety, performance, and reliability of these durable, combat-proven suppressors have earned SureFire’s reputation as the most trusted suppressor manufacturer by elite military units and law enforcement agencies around the globe.

There are three primary causes for a baffle strike, with the two most common involving misalignment between the suppressor and the bore of the firearm (the other is ammunition related, which we’ll discuss later). Alignment issues occur either because the suppressor adapter (muzzle brake, flash hider, etc.) was installed improperly, or due to the threads of the barrel being cut non-concentric to the bore, which would be a barrel manufacturer defect. Regardless of the cause, an easy way to check your alignment before you ever fire a shot is with a SureFire bore alignment rod.

SureFire bore rods are valuable tools, they are easy to use, and they are the most effective way to confirm alignment because they most closely represent the bullet flight path and will show any misalignment if present. They are available for most popular rifle and carbine calibers, including 5.56 mm, 6.5 mm, 6.8 mm, 7.62 mm, 9 mm, .338 caliber .375 caliber, and .408 caliber. After installing the suppressor on the cleared firearm, you simply slide the appropriate caliber bore rod down the bore of the suppressor into the barrel of the firearm until flush with the front cap of the suppressor. At this point, you should be able to clearly identify if the bore rod sits centered in the middle of the bore or if it is biased to one side of the suppressor. Generally, the bore rod should sit in the middle one-third. If the rod appears close to one side, that could result in a possible baffle strike via the bullet flight path. This misalignment can typically be corrected by removing and reinstalling the adapter, checking to see if any shims were bent or creased during the installation process. If that still doesn’t correct the misalignment, it is most likely that the threads on the barrel are not concentric to the bore. If you have any questions, call SureFire customer service for further assistance.

Less obvious baffle strike causes can include bent or damaged projectiles (bullets) that will not fly straight and therefore can strike the inside of the suppressor. A bent projectile may still chamber and fire, but it can exit the barrel on an unstable flight path and may cause a baffle strike. This is a good reason to be cognizant of dropped rounds when shooting suppressed. Another completely avoidable scenario is one where the user forgets to lock the suppressor in place before firing the weapon. The suppressor can become dislodged, and a baffle strike may be the result.

Beyond that, a properly aligned SureFire SOCOM Fast-Attach suppressor will provide years of reliable performance with only minimal maintenance even with hundreds of thousands of rounds fired through it. The most important part of this upkeep is simply to ensure that the area where the adapter and suppressor interface are kept clean and free of any carbon buildup. 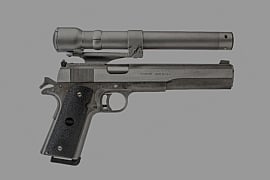 The Terminator Laser .45The most recognized laser-aimed weapon of all time