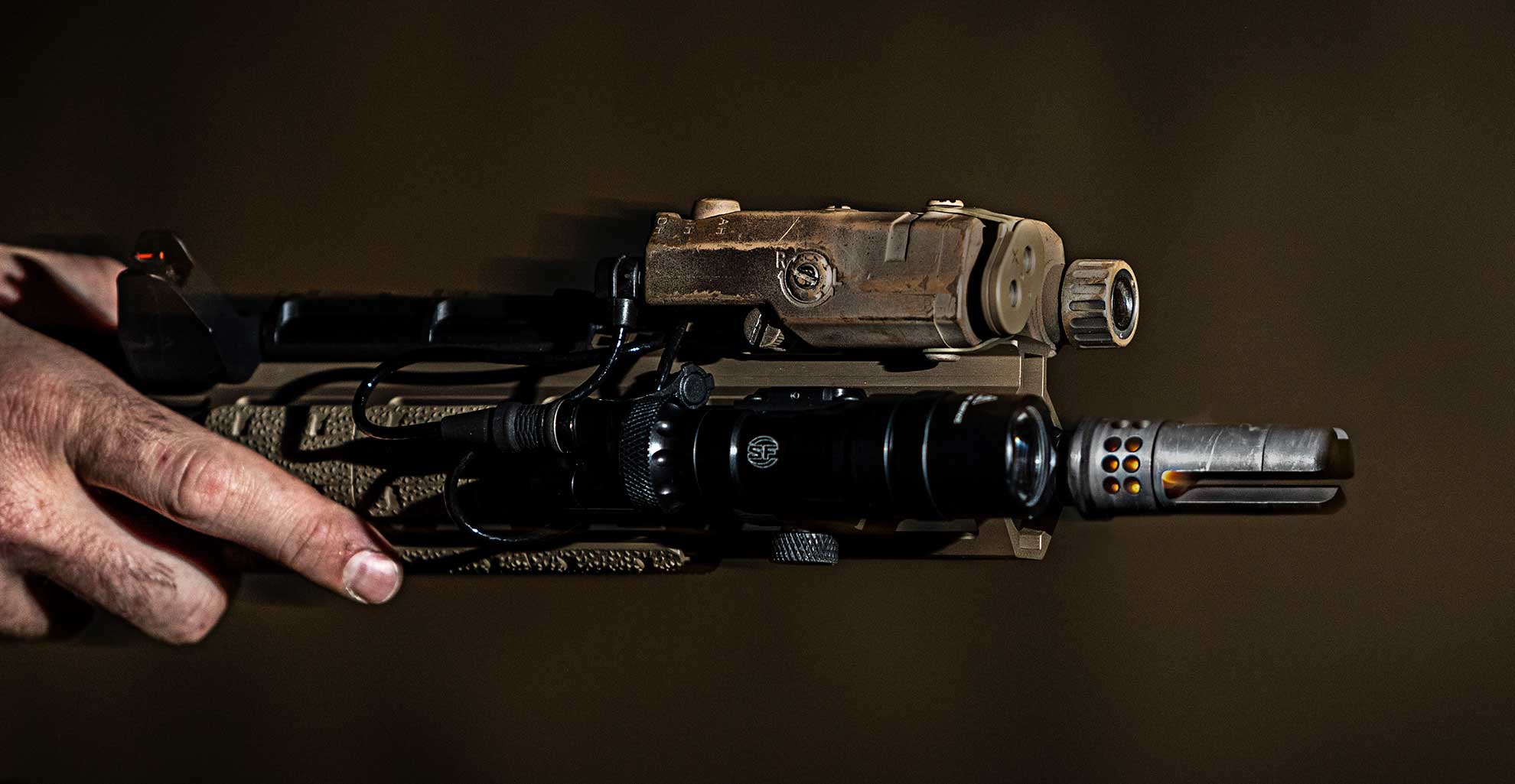 Before the SureFire WARCOMP, shooters had to make a choice when kitting their rifles: They had to prioritize the importance of reduced muzzle flash or reduced muzzle rise, and then thread on the appropriate flash hider or muzzle brake.

The reality is that both traits provide critical advantages in combat, and the WARCOMP delivers. It’s the world’s most shootable flash hider, and it has drawn praise from top-tier tactical operators such as Kyle Lamb, a veteran with more than 20 years’ experience in U.S. Army Special Operations and the founder and President of Viking Tactics.

“The only one I’ve seen so far that really works and does both [reduce muzzle flash and felt recoil] is the WARCOMP from Surefire,” Lamb said in an interview with ARBuildJunkie. “It’s a great piece of kit because it actually works as a very good flash hider, but it also works as a muzzle brake.”

The WARCOMP was designed by SureFire Suppressor & Weapons Vice President Barry Dueck in collaboration with another competitive shooting legend, the late Mike Voigt. It was released in 2015, and there was a real need for it, but as Dueck says, it needed to be done right.

“There had been others out there, trying to offer muzzle brake/flash hiders,” Dueck said. “But, just from experience and everything I’d seen, I knew they were a joke and that they wouldn’t work. Then we had a military customer tell us that they wanted a true combination muzzle brake/flash hider, so we bought everything on the market that was claiming to be, and we tested them. We found out that all of them were muzzle brakes — some were complete flame throwers and some were moderate flame throwers, but none of them were flash hiders. And they really weren’t even that great as muzzle brakes.

“We looked at what people are trying to do,” Dueck continued. “They’re trying to see their sights for faster follow-up. So we took one of our flash hiders and started with the porting that we put into our SFMB muzzle brakes. We found that we could design ports that would retain the flash reduction of a flash hider and help the shooter track targets like he had a muzzle brake.”

Why is this even important? After all, most 5.56 mm rounds exhibit relatively low recoil compared to many other common rifle rounds. But muzzle rise still occurs, and it affects the follow-up split time of even the most experienced tactical operators. When a shot is fired, the spent gases generally cause the muzzle to rise or flip upward and away from the shooter’s support hand during recoil. Thus, right-handed shooters deal with muzzle rise that’s high and to the right; and left-handed shooters high and to the left. In either case, the miniscule amount of time the shooter takes to correct and get back on target may be critical time lost in a gunfight.

Keeping you on target is the muzzle brake’s forte. Muzzle brakes are ported through the top and sides, directing the gases from the burning powder to reduce muzzle rise and side-to-side movement.

“But muzzle brakes also have a negative trait: the concussion blast that comes off to the left, right, and in some cases, the top and bottom,” Dueck said. “That concussion can hinder the shooters around you, and if it’s going down at six-o’clock, it can kick up a lot of debris when you’re in a prone shooting position.”

The WARCOMP’s porting counteracted the muzzle rise, but Dueck and Voigt continued to massage its geometry to eliminate muzzle flash that can reveal the shooter’s location and wreak havoc on his dark-adapted vision. The end result was so effective that SureFire patented the design. It can only be found on the WARCOMP.

“We got to where we could eliminate the flame coming out of the holes and still retain the ability to track targets more effectively,” Dueck said. “Looking at targets between 10 and 50 yards, a WARCOMP can help you to shoot 50 percent faster follow-ups. It exhibits no more concussion than a regular flash hider while reducing visible muzzle flash by well over 98 percent. If you compare a WARCOMP to a muzzle brake, the muzzle brake may counteract recoil better, but it puts out a blast to the sides and throws a lot of flame. 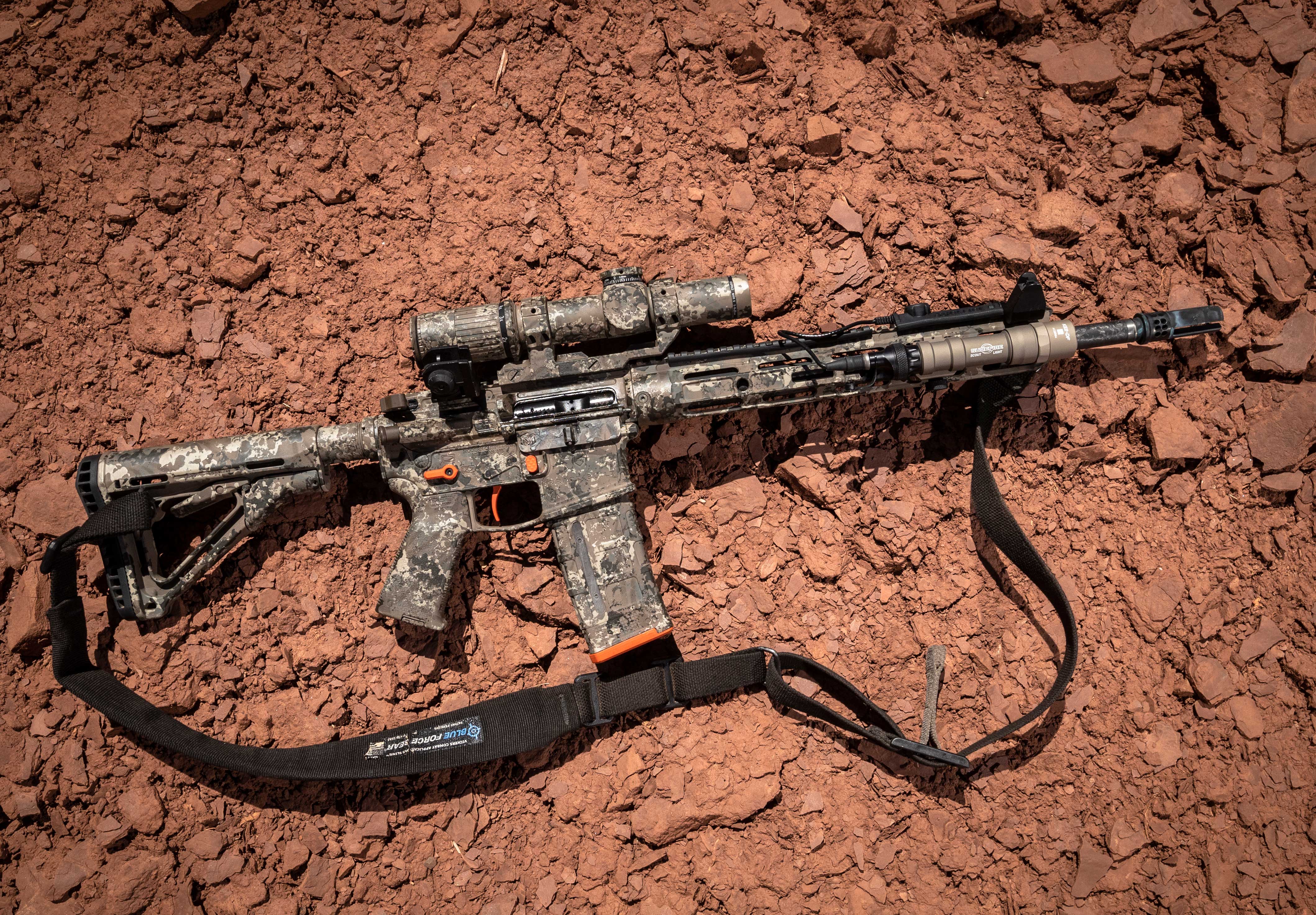 “The fact is that bad guys shoot at flash. The WARCOMP gives you the ability to more accurately engage your targets without giving your position away.”

With the WARCOMP being so efficient at eliminating muzzle flash while also taming muzzle rise, one might wonder if there’s still room for SureFire’s excellent family of 3P flash hiders instead of a WARCOMP. Rest assured, SureFire’s high-performance flash hiders are here to stay.

“When we first started coming out with muzzle brakes and flash hiders, we had a decent number of operators down range in Iraq and Afghanistan who wanted brakes, and their thought was, ‘If it’s night, we’ll just put on the suppressors,’ but almost all of them switched to flash hiders. To this day, the majority of them run flash hiders. If you’re running 100-percent suppressed, our flash hider still has an advantage simply because the WARCOMP gives you more holes to clean.” 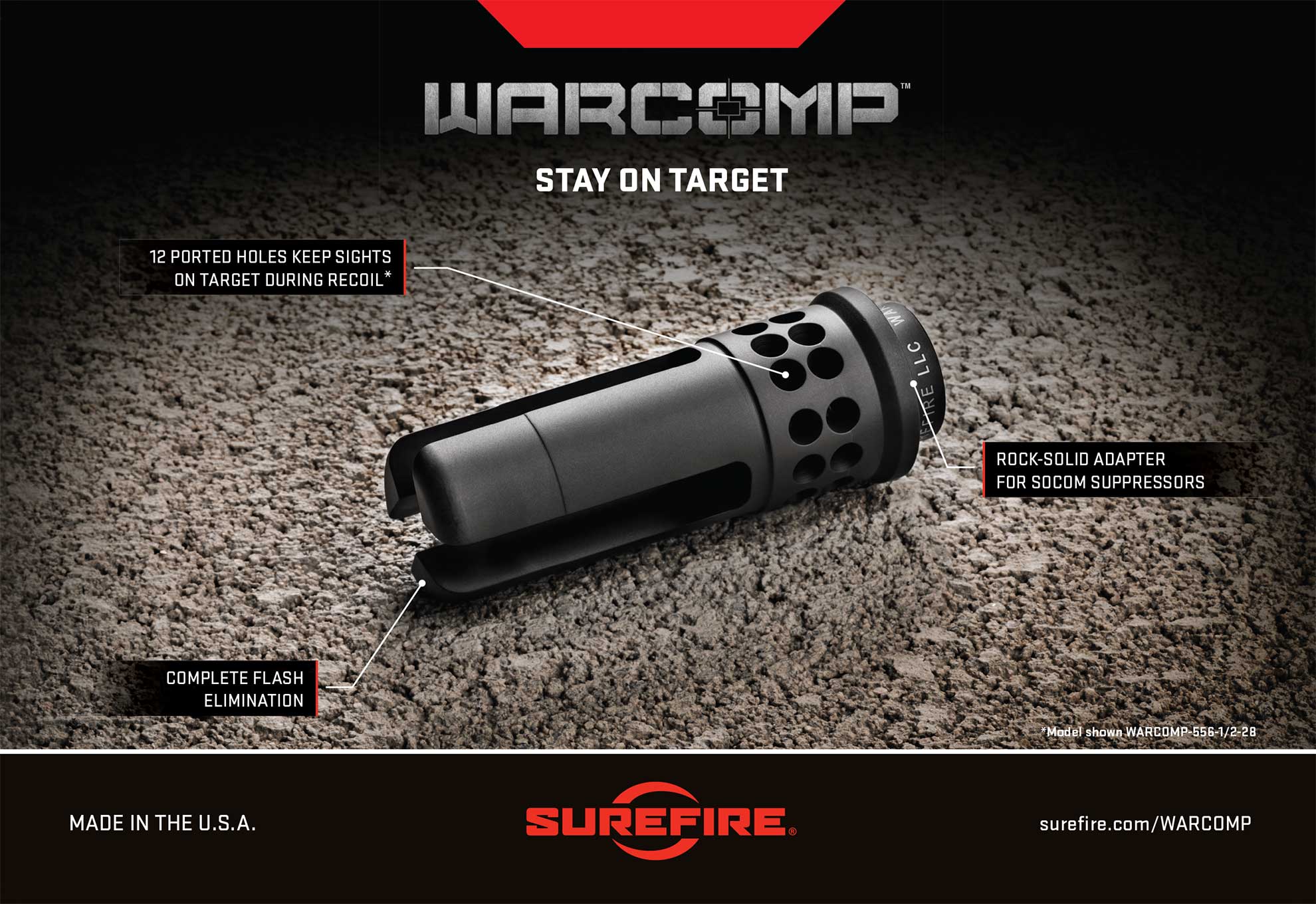 And WARCOMPs are built to last. They’re precision machined from U.S. mill-certified, heat-treated stainless steel bar stock, with high-precision, single-point cut threads for optimum thread interface. They also feature a DLC coating that provides maximum protection under harsh environmental conditions and facilitates cleanup even after extreme use. Every SureFire WARCOMP is individually inspected for concentricity and alignment.

WARCOMP models are available in both open- and closed-tine versions that fit 5.56 mm and 7.62 mm rifles and carbines with most common muzzle threads. They may not be for everyone, just anyone who carries a rifle into harm’s way.

For more information on the SureFire WARCOMP, CLICK HERE.