SureFire Back to the Bills 2020Hard Core Training, Serious Fun 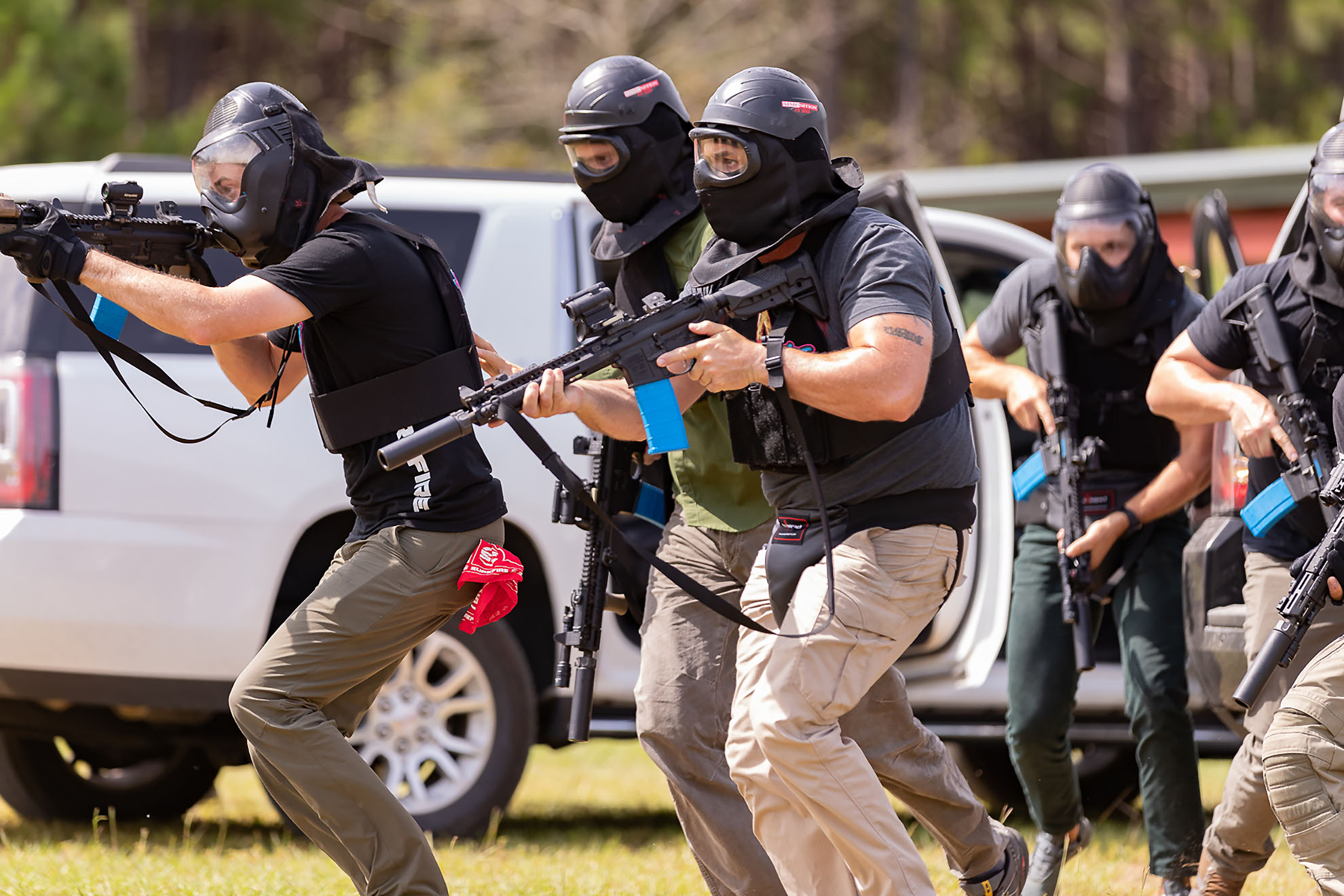 SureFire’s Back to the Bills was a true bucket-list event.

Hosted in Raleigh, North Carolina, the exclusive gathering brings together industry professionals and some of the best firearms instructors in the world for unique training opportunities, product feedback and serious fun. Back to the Bills covered a variety of topics, everything from concealed-carry and low-light tactics, to rifle, combatives, and force-on-force CQB training.

The Classroom
Back to the Bills took place at the Oak Grove Tactical & Cultural Training Center, an hour and a half southwest of Raleigh. Frankly, it’s a dream location, and SureFire owes many thanks to the staff at Oak Grove for their generous event support. 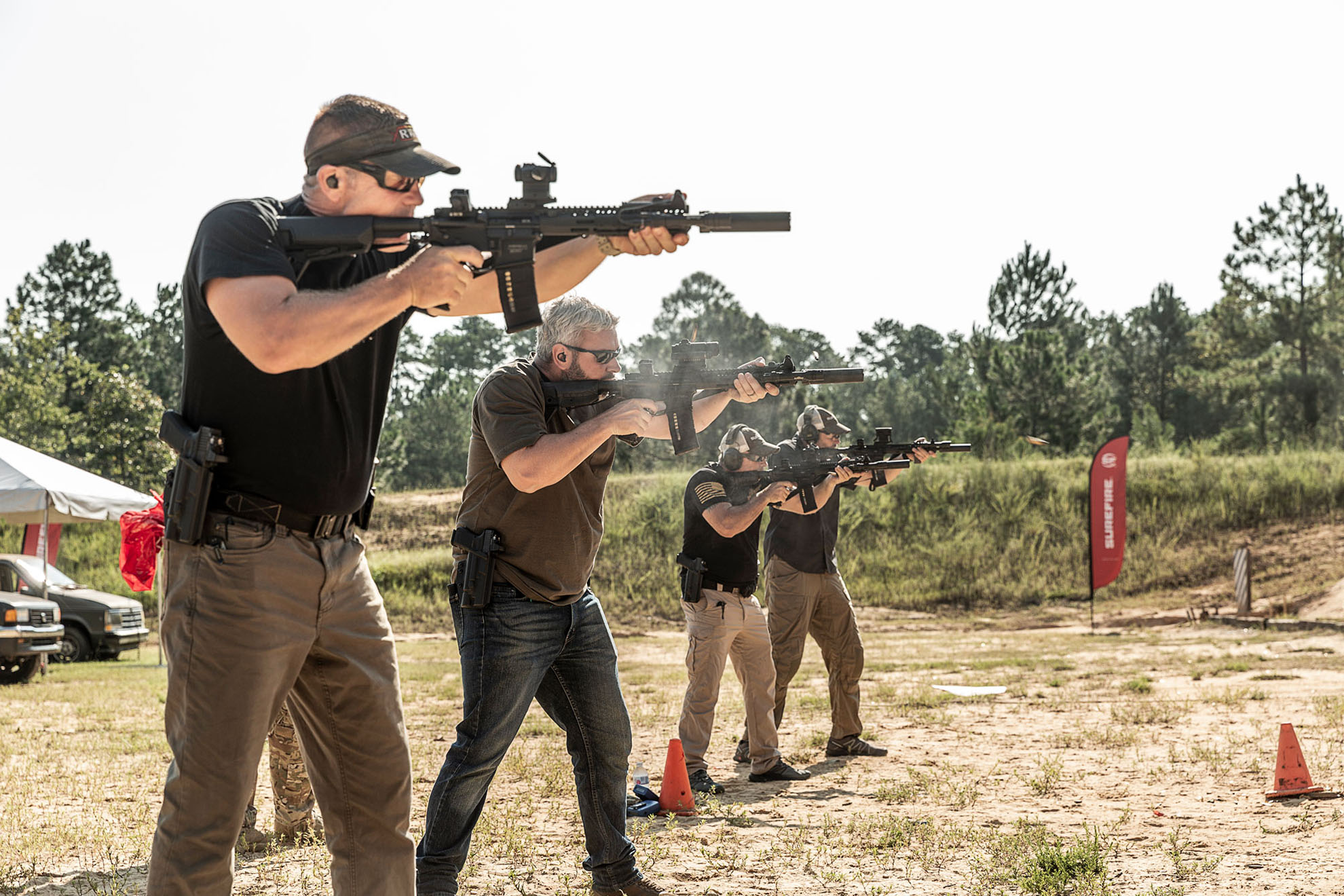 The 200-acre Oak Grove facility is the tactical equivalent of a theme park. With multiple outdoor ranges, a shoot house for force-on-force training, a complete gym with a boxing ring, a full mat room that’s perfect for combatives or jiu-jitsu, an explosive breaching bay, a certified heavy helicopter landing zone, and a 40-foot rappelling/climbing tower, it includes everything you need for training.

While attendees had the option of staying in one of the local hotels, all chose to enjoy the camaraderie of the bunkhouse on site. Late-night celebrations made for some early mornings, but virtually everyone still found time to get in some PT before each day’s schedule commenced. 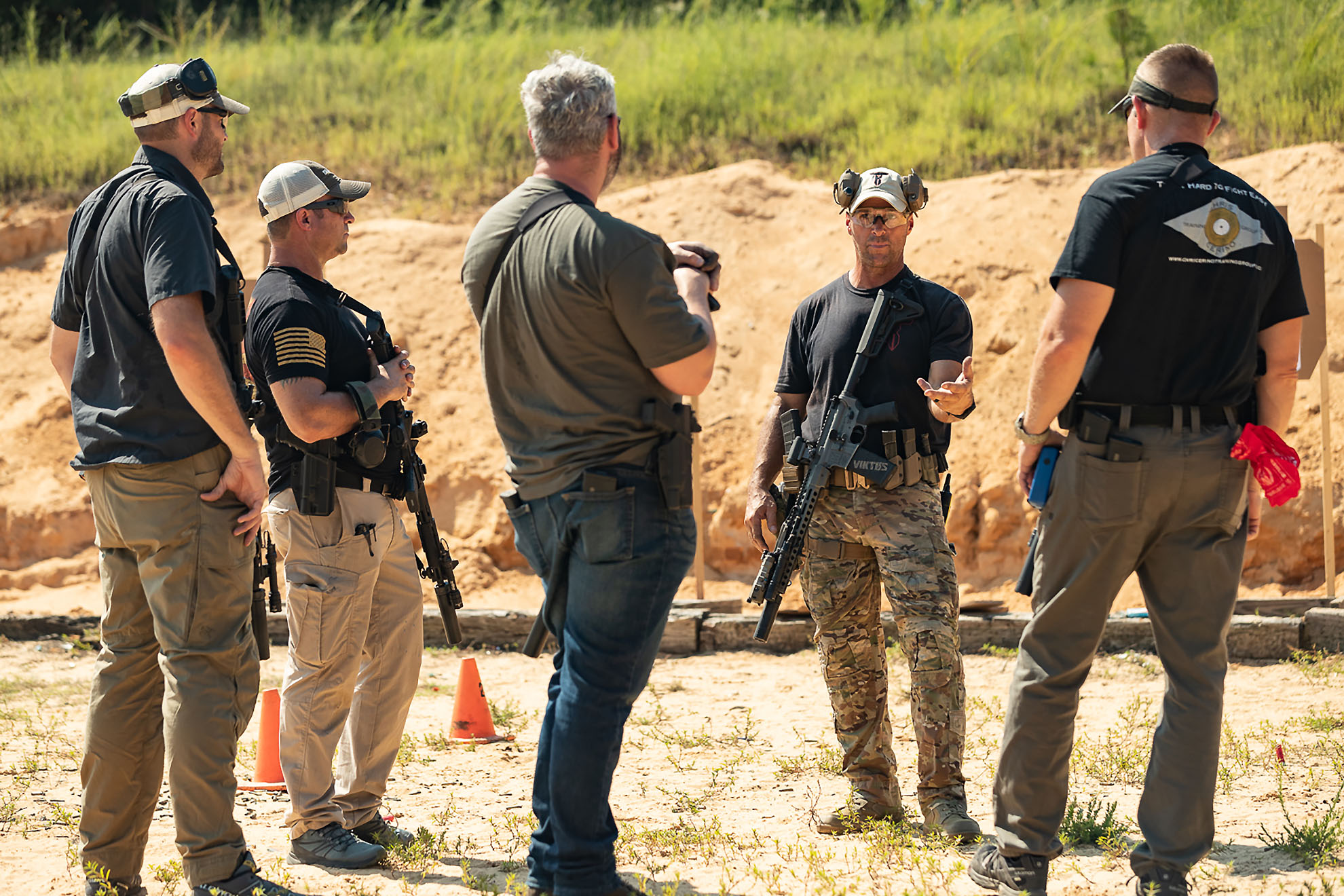 SureFire also provided attendees with all the necessary training tools, thanks to the support of some great sponsors. Many thanks to Oakley, FirstSpear, Magpul, Bravo Company, Aimpoint, MSM, Haley Strategic, Mystery Ranch, Magpul, Team Wendy, Quick Violent Over, AMTAC Blades, and Southern Pines Brewing Company for their support.

The Instructors
The event’s namesakes are two of the most knowledgeable trainers in the tactical training field, Bill Blowers of Tap-Rack Tactical and Bill Rapier of American Tactical Shooting Instruction, LLC. Blowers served in the U.S. Army for six years and was a police officer for over 25 years. He has spent the bulk of his LE career assigned to SWAT, holding positions as a Sniper, Ballistic Shield Man, Mechanical/Ballistic Breacher, Assistant Team Leader and Team Leader on a large and busy regional SWAT team. He has planned or participated in approximately 1,500 missions, he has over 5000 hours of documented training time, and holds instructor certifications in a variety of SWAT-related topics. Blowers is passionate about what he does and is driven to provide relevant and up-to-date training. 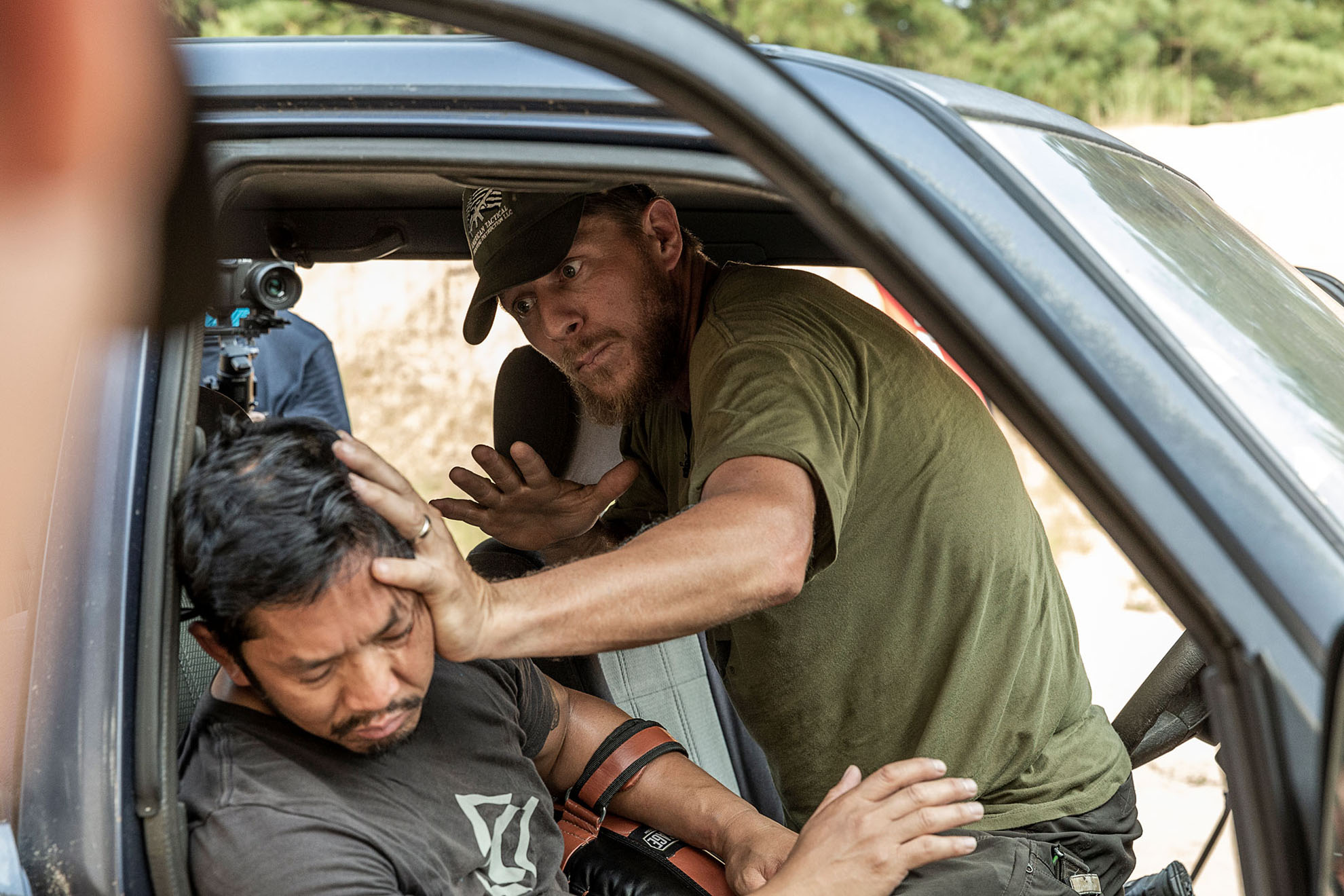 Bill Rapier is recently retired after 20 years in the Navy, where his duty assignments included several years at SEAL Team 3 and over 14 years at Naval Special Warfare Development Group. Positions held include assaulter, breacher, sniper, team leader, troop chief and military working dog department senior enlisted adviser. He has always been an avid shooter and is heavily involved in combatives.

The SureFire XSC
Back to the Bills marked the first opportunity for event attendees to sample the all-new XSC, SureFire’s first WeaponLight designed and engineered specifically for micro-compact pistols. With three individualized models that are tailormade for a precise fit on the railed Glock 43X/48, SIG SAUER P365/P365 XL, and the Springfield Hellcat, the single-output XSC delivers 350 lumens of intense white light shaped by a precisely engineered parabolic reflector. Its beam pattern features a bright central spot for positive target identification and generous peripheral light to help maintain situational awareness. The XSC is robust, compact, and rechargeable. 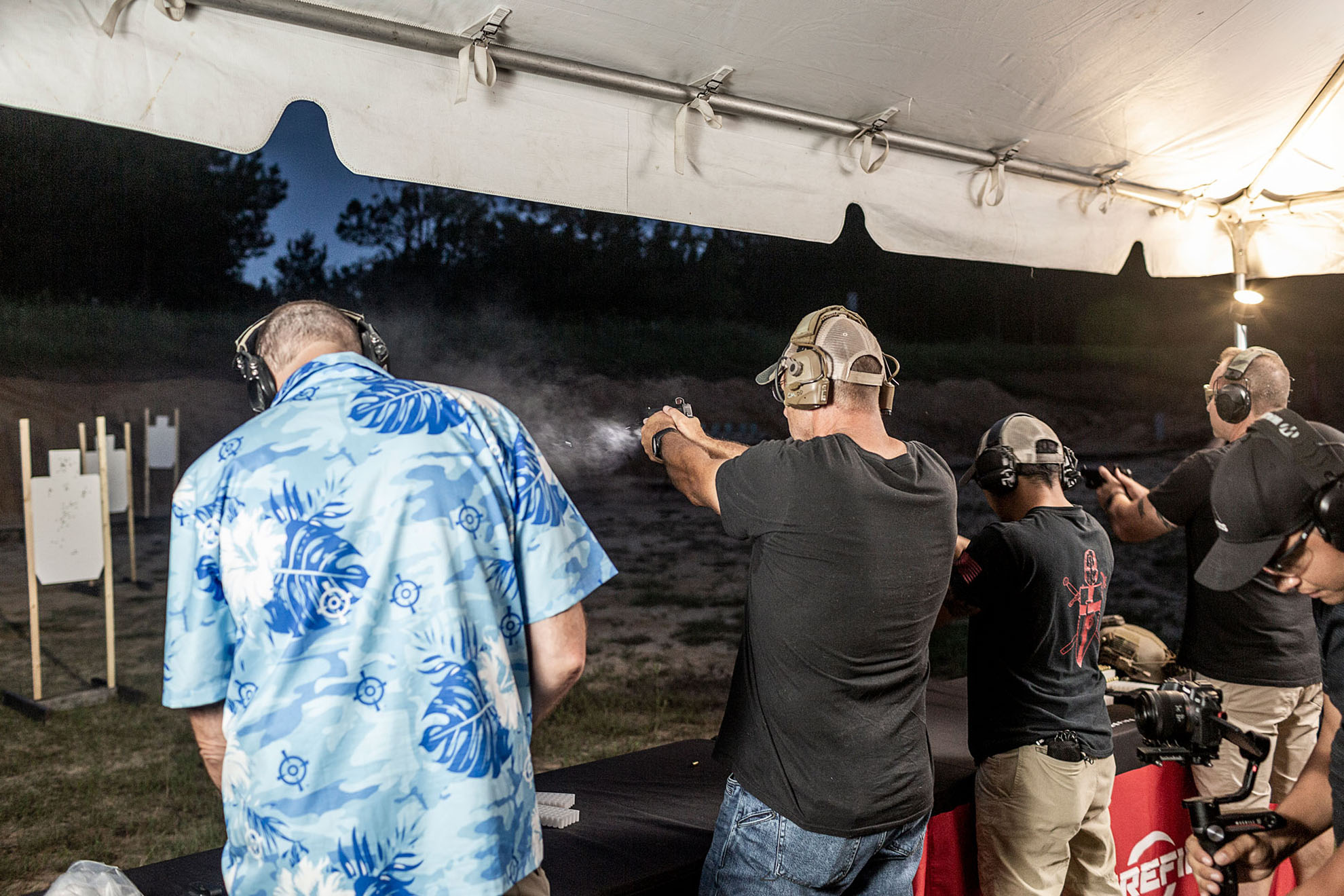 After spending a portion of the first evening shooting the XSC on the range, the group consensus was that the XSC is the right WeaponLight to increase the capabilities of these new-generation increased-capacity micro-compact handguns. To read more about the SureFire XSC, CLICK HERE.

The Lessons
Students were separated into two groups, with each group spending a full day with each of the instructors presenting condensed versions of the curriculum for which they are well known. Bill Blowers focused on developing rifle proficiency from various distances, incorporating weapon manipulations and multiple drills that simulated conditions one might encounter in a gunfight. His block of instruction also included vehicle takedowns from an LE perspective. Blowers introduced this highly nuanced training with a fast-paced, force-on-force scenario. 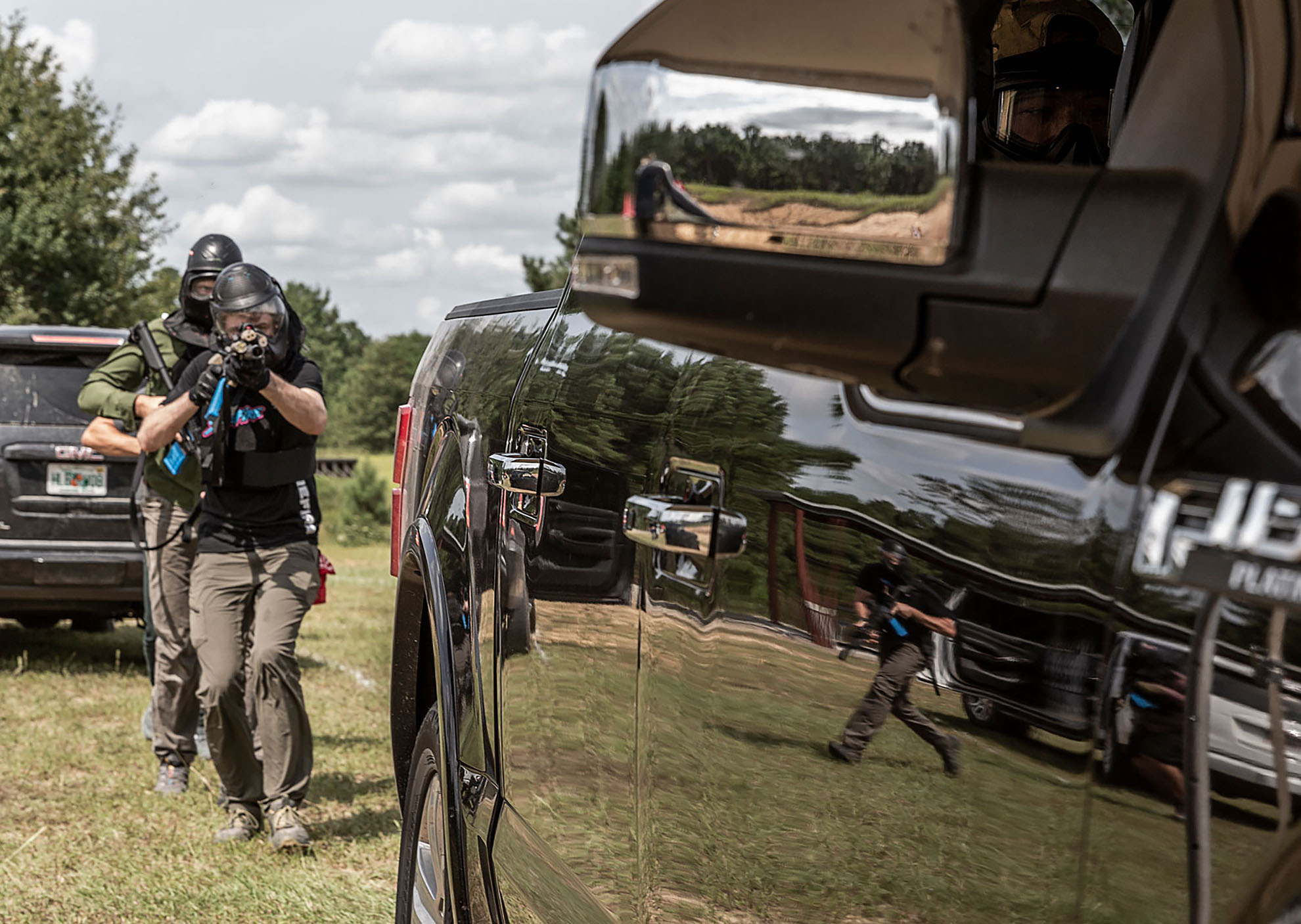 By contrast, Bill Rapier’s curriculum was geared more toward extreme close-quarter combat, teaching a combined system of defensive strategy that can enhance a person’s defensive capability beyond strictly firearm use. While his handgun curriculum included various pistol techniques, Rapier is also well-known for his Integrated Combatives courses. He taught a range of martial arts-inspired grappling and hand-to-hand techniques in the mat room, incorporating handguns and edged weapons. Back to the Bills’ rigorous, physically demanding schedule is not for beginners or the unfit. 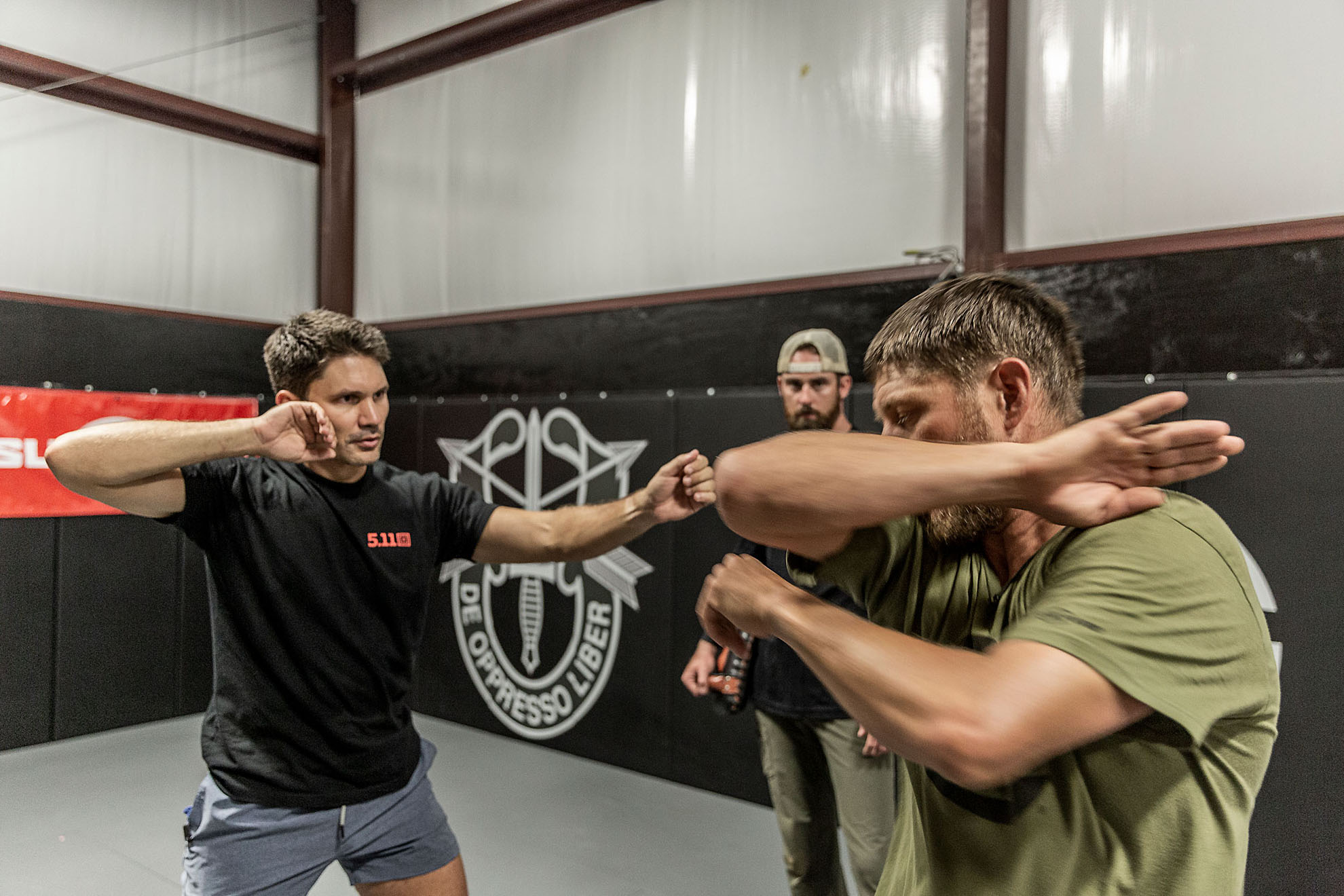 The final day of instruction brought the two groups together to utilize many of the skills they’d learned during the week in several high-intensity force-on-force training exercises using simulated munitions. Most people who’ve trained with these rounds know that while it’s a far cry from the real thing, getting hit by one isn’t all that enjoyable. Students found this out during the full-contact vehicle takedown. Of course, the object is to complete the arrest without injury to the takedown team, but even with the overwhelming firepower on the good guys’ side, that’s easier said than done. Several team members took hits during the many times the drill was repeated. This scenario was a real eye-opener, driving home how crucial planning and timing are to any operation’s successful outcome. The same was true for the shoot house training, where effective room- and hallway-clearing instruction culminated in more live force-on-force scenarios. 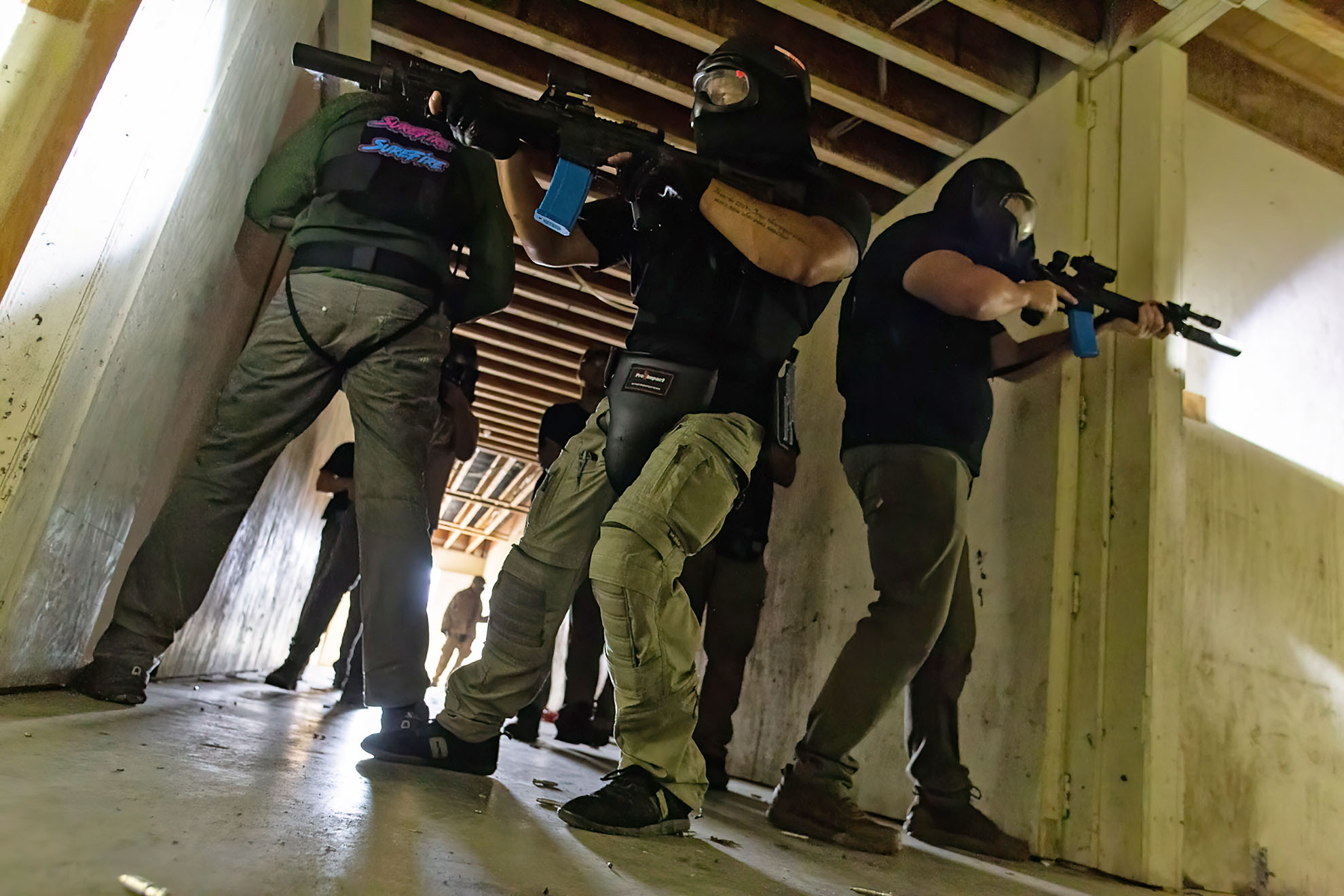 The Takeaway
Back to the Bills isn’t just some thinly disguised product intro, although the value of SureFire products in these high-risk scenarios was readily apparent. The emphasis is on serious training, but the intent is to provide serious fun for all who attend. It’s also a rare opportunity for journalists and influencers, who may be used to competing for the same audience in everyday life, to get together and celebrate each other and the industry. It’s a chance to share unique training experiences while being part of a team and enjoying the camaraderie that goes along with it.

But it’s also a recognition that we are all fighting the good fight together while educating the population about a variety of important topics. Among them is the hope that attendees can convey the need to respect our military and law enforcement professionals, who go into harm’s way every day to preserve freedom and democracy. For some, it may provide a way to communicate better how to become more proficient with tools we may have to use to defend ourselves. It’s also about separating truth and facts from emotion and fiction when discussing our Second Amendment rights and all they entail. If Back to the Bills accomplishes any of these, that’s a win. 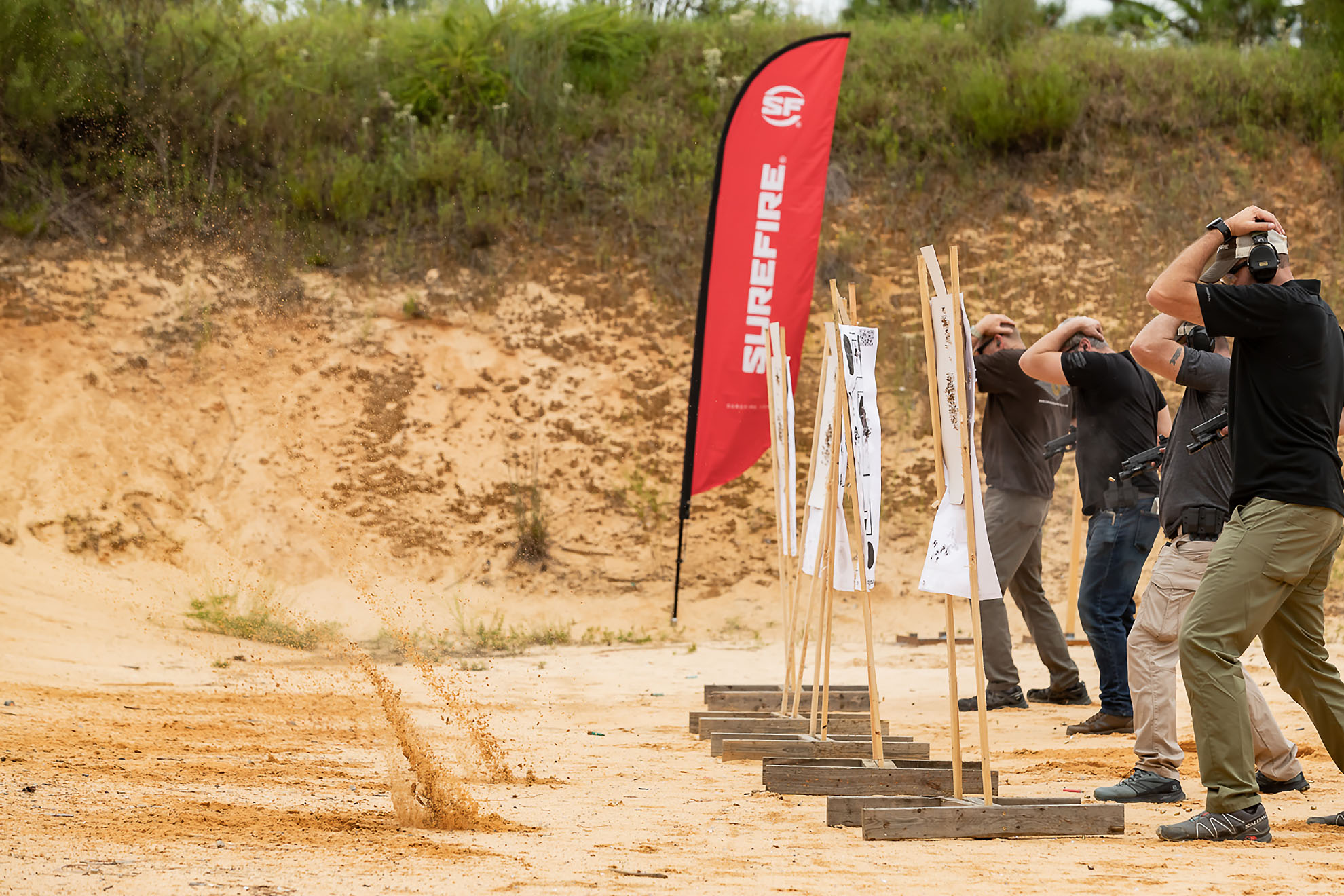