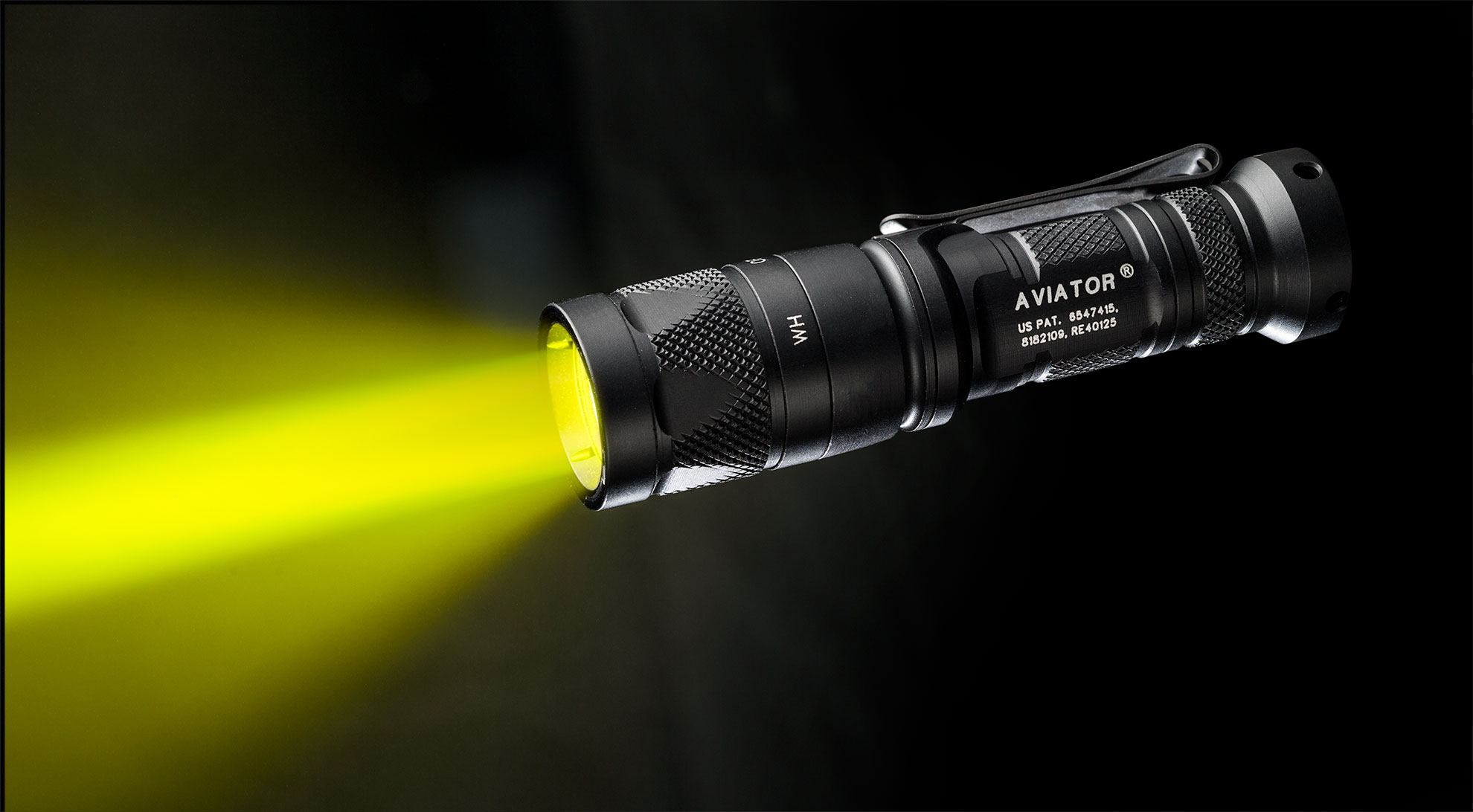 The SureFire Aviator first introduced the world to high-end, multiple-spectrum flashlights in 2002, and today it continues to be a staple in SureFire’s line of premium multi-spectrum handheld tactical tools.

The original SureFire Aviator showcased innovative new features — a common trend among SureFire products to this day. Designed for use by pilots, it was the first SureFire handheld light to combine light-emitting diodes (LEDs) with tungsten lamps. Its three LEDs and 60-lumen tungsten lap were housed in an E2e Executive-sized body that was compact and easy to handle in tight spaces. The Aviator’s LEDs could be ordered in red, white, blue or green to suit the needs of the user. Its two-position tailcap first triggered the low-output LEDs for map reading or checking instruments, while a harder press of the tailcap activated the tungsten light for such tasks as pre-flight checks.

The latest version of the SureFire Aviator is as groundbreaking as the original, and it is still relied upon by military and civilian pilots and aircraft crews around the globe. Building on our decades of experience in tactical and task lighting, it’s a dependable dual-output handheld that gives you the option of white light plus the choice of one of four colored beams. Its innovative head contains both white and colored LEDs whose beam patterns are shaped by SureFire’s proprietary Total Internal Reflection (TIR) lens. The TIR produces a true high-candela spotlight beam configuration when compared to SureFire MaxVision Beam® and parabolic reflector models.

TIR lenses feature primarily refracting elements, but as their name implies, they also utilize reflection. They are precision-molded from a clear, tough cyclo-olefin polymer that surrounds the LED emitter and gathers virtually all the light produced, then reflects and refracts it forward in a carefully designed configuration. Typically, the TIR configuration delivers a comparatively “tight” brighter central cone that throws light extended distances, surrounded by a cone containing the remainder of the emitted light that provides illumination for peripheral vision. Optimized for the Aviator’s lumen output, the TIR focuses the LED’s light — from either spectrum at any level — into a user-friendly beam with ample reach and surround light. 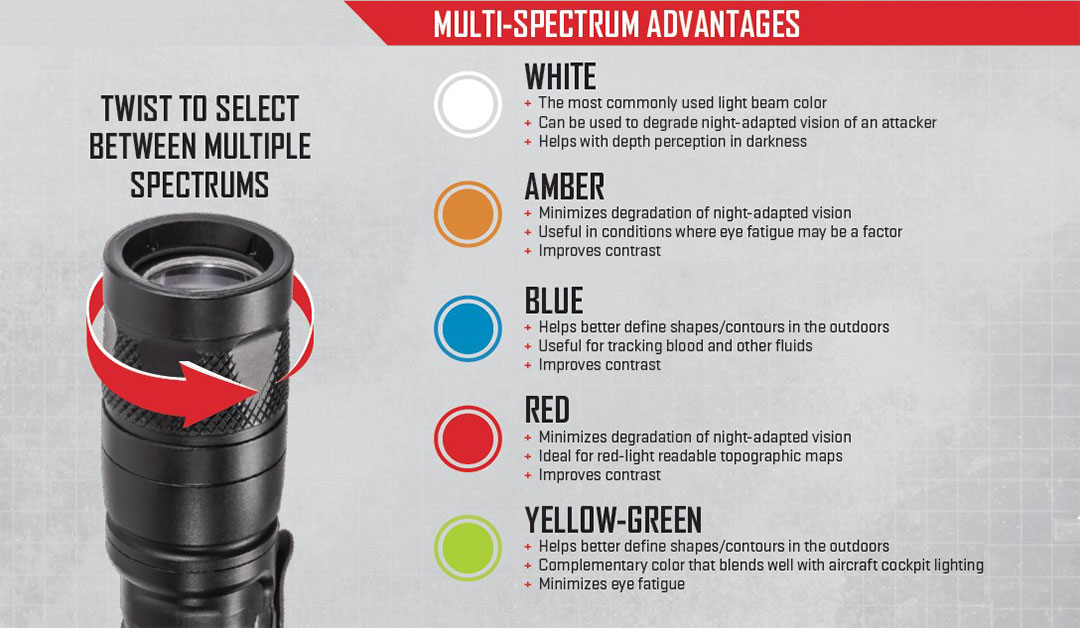 To switch between white light, system-disable mode (to prevent accidental activation) or a colored beam, simply twist the self-locking bezel selector, which is knurled for a secure grip. Once the light spectrum has been set, partially press or click the tailcap switch, which is shrouded to prevent accidental activation, for a low-output, extended-runtime, five lumens beam of white light or one of four different color spectrums of illumination; return to off and press or click again for 250 lumens of tactical-level white light or a colored beam.

The Aviator’s ultra-compact body is trademark SureFire, constructed of high-strength aerospace aluminum with Mil-Spec anodizing, and it features a stainless-steel pocket clip, a tempered window and weatherproof O-ring and gasket sealing to help ensure years of rugged use.

When your mission requires task-specific equipment, SureFire’s multiple-spectrum lights are always up to the challenge. For more information on the SureFire Aviator and the entire line of SureFire’s innovative tactical illumination tools and equipment, visit SureFire.com.