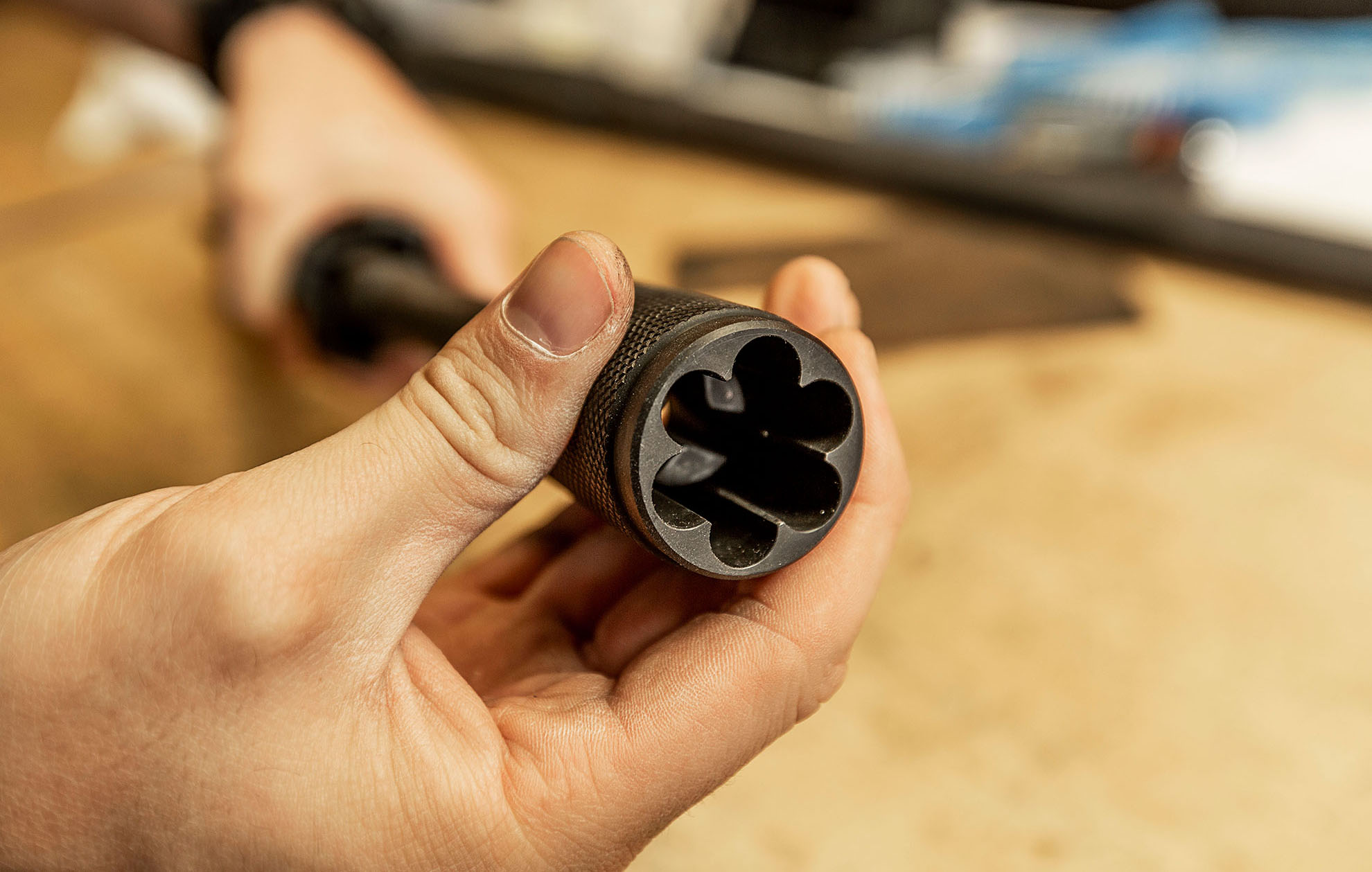 When your suppressor is reluctant to break free from your adapter, it’s most likely because you’ve fired hundreds of rounds without removing your suppressor to relieve the adapter’s bearing surfaces of excess carbon buildup. That’s where the SureFire Adapter Carbon Scraping Tool (ACST) comes in handy.

Designed to remove carbon fouling quickly and easily, the ACST is the fastest way to clean your adapter’s bearing surface. It’s easy to use, and it can eliminate a lot of frustration at the range or in the field.

“This tool was really designed for military and police ranges where they’re doing a lot of training, a lot of rounds,” says Barry Dueck, SureFire Vice President of Suppressors and Weapons. “When people are training and jamming mags, waiting for their turn to go back up, if their suppressor gets cool enough, I always recommend that they take it off and put it back on. That breaks the carbon seal. If you shoot all day long and you never break that carbon seal, at the end of the day, you might be playing with your suppressor a while to break the carbon seal and get it loose. But if you have our Carbon Scraping Tool and give it a quick turn on your adapter, it will ensure that your suppressor goes on and off nice and easy. It’s a tool to make life easier for the operator.”

Note that while carbon may still be visible on the adapter after using the ACST, there is no reason to be concerned.

“You don’t put it on your adapter, give it a couple turns, and now the thing looks so Marine Corps squeaky clean that you can’t get a Q-tip dirty with it,” Dueck says. “What it does, though, is if you’ve got a suppressor and put 500 rounds down range that day, you put this on, give it a couple of wiggles, and your suppressor bearing surfaces will be clean. The Carbon Scraping Tool really gets the big chunks of carbon off the adapter.”

The ACST is compatible with most SureFire muzzle brakes, flash hiders, and WARCOMPs, and it is available in two versions, one for 5.56 mm and one for 7.62 mm adapters. It requires very little maintenance and can either be wiped clean or blown with compressed air to free its internal surface of excess carbon. Constructed of stainless steel and coated with a Nitride finish, it will not corrode, which means it will help reduce your adapter cleaning time for years to come.

For more information on the SureFire Adapter Carbon Scraping Tool as well as SureFire suppressors, adapters, and tactical gear trusted by elite military and law enforcement professionals around the globe, visit SureFire.com.