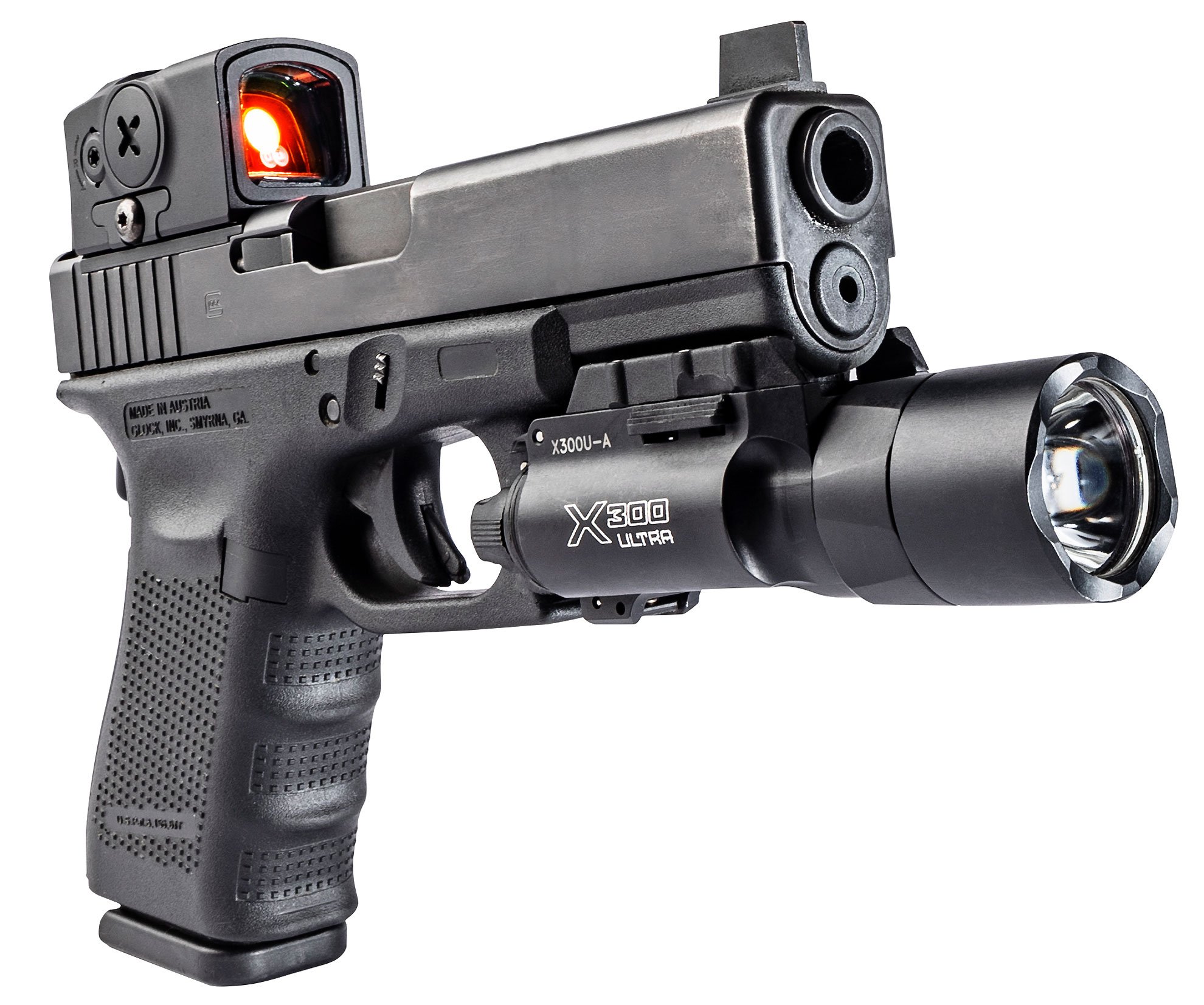 At SureFire we preach the value of an everyday carry handgun to protect yourself and the benefits of equipping that firearm with a WeaponLight, but you don’t have to take our word for it.

Take it from someone who found out exactly what we’re talking about in a split-second confrontation that could have ended tragically. But, it didn’t because the armed citizen’s SureFire WeaponLight made all the difference in the outcome.

During a recent episode of Gun Talk Radio, a listener by the name of Harry from Coos Bay, Oregon, phoned show host Tom Gresham to relate a harrowing experience that happened recently while Harry was out on a walk with his wife.

“Fast forward to the next day, we go around the park with the dog again. As soon as we cross the street there’s a parking lot and the softball field that we normally go across. I hear the guy open his door, and I hear something metal drop onto the ground. I was like, ‘What was that?’ I’m talking to a friend on the phone, and the next thing I hear is my wife yells at me ‘He’s coming!’ I look, and there’s a transient guy running toward us with a metal bar and babbling something. We both yell at him to stop and drop the bar. He didn’t stop.

“I usually carry Israeli [-style], where there’s one not in the chamber,” Harry continued. [But] I learned my lesson [because] by the time I pulled my weapon out and got it chambered, the guy had covered half ground on me and my wife.”

Fortunately, Harry’s firearm was also equipped with a  SureFire X300 Ultra WeaponLight, which delivers 1,000 lumens of output. The X300’s TIR lens creates a far-reaching high-intensity beam with a larger center spot that is ideal for close- to medium-range engagements.  It will help you positively identify threats at significant distances while temporarily impairing your adversary’s vision, and it also provides extensive peripheral illumination for maintaining situational awareness.

“I put 1,000 lumens in his face, and I think that’s the only thing that broke the guy’s OODA loop,” Harry said. “He stopped. That’s what stopped him. I told the wife, ‘Get on 911 right now!’ So, I’m talking to the 911 operator. I’ve got the dog in one hand and my Glock and SureFire in the other hand, pointed at this guy, and the guy hits himself in the head with a metal bar and is yelling at me to shoot him. I’m telling 911 this is who I am, this where I am, and you need to send officers here right now. He [the transient] is yelling at my wife. He’s calling her Loretta, or Lolita, or something like that. And you are absolutely right, Tom, the police are a reactionary force. It seemed like by the time they got there it took about a couple minutes, and they’re just right down the street from me.”

Gresham reasonably stated that having the SureFire WeaponLight probably saved Harry’s life. Harry agreed, adding, “The SureFire not only saved my life, it saved his life, too, because I didn’t have to shoot him at that point,” Harry agreed. “It bought me time for the police to get there.

“It happened in an instant of a second,” Harry concluded. “When it went down, it went down. The only thing that saved us was that firearm and that SureFire. I can’t say enough about them. When I usually look at SureFire stuff, I’m going ‘Man, it’s expensive.’ But, you know what, Tom? At the end of the day you’ve got to ask yourself ‘How much is your life worth?’

Three people are alive today because Harry had the means to protect himself. Not only did he have the right gun, he had the right gear. 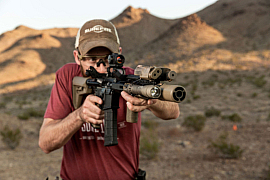 SureFire Warden Blast RegulatorDirect your weapon's signature where it belongs