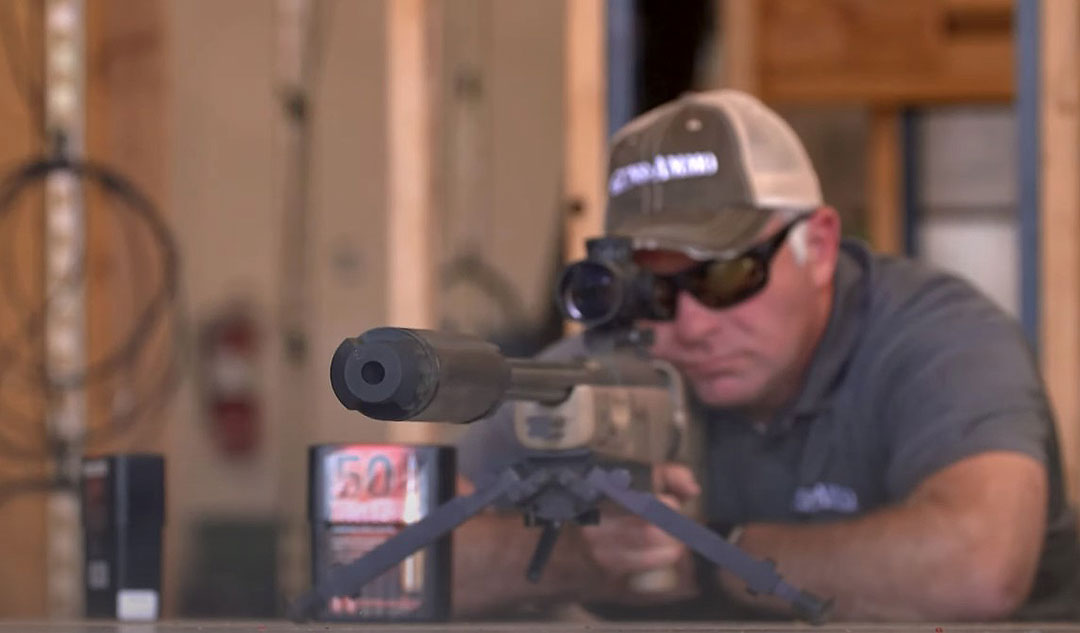 .50-caliber rifles are highly specialized tools. Rifles such as the TAC50 and M107 have long been a staple of the U.S. military where they have a proven record in long-range target and anti-materiel operations. Law enforcement SWAT teams have also relied on the .50-cal for conflict resolution where barricades or vehicles require a round with more kinetic energy to stop the threat.

But the violence of the .50-caliber rifle platform isn’t confined forward of the muzzle. Blast overpressure and acoustic exposure from unsuppressed .50-cals have a substantial negative impact on the end user. Recent testing by the Walter Reed Army Institute of Research (WRAIR) has shown the SureFire SOCOM50-SPS to virtually eliminate blast overpressure. Additionally, the sound from an unsuppressed .50-cal is typically so high that most hearing protection does not provide enough noise reduction to sufficiently protect the shooter from hearing damage. The SOCOM50-SPS reduces sound at the shooter’s ear by approximately 30 dB, preserving the shooters hearing, aiding their ability to communicate, and increasing their operational performance overall.

The SOCOM50-SPS utilizes an integrated muzzle brake that decreases recoil by 66% to greatly reduce impact on the shooter and allow faster follow-up shots. In addition to recoil reduction, it reduces muzzle flash by an amazing 99% to conceal the shooter’s location.

For more information on the SureFire SOCOM50-SPS, visit SureFire.com. More Guns & Ammo TV can be viewed by visiting their channel on YouTube.